The GAA must ensure Bloody Sunday is remembered appropriately 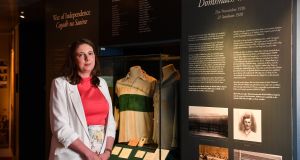 Living memory of Bloody Sunday has now escaped us. Those who recounted their stories as witnesses to the events that unfolded in Croke Park on November 21st, 1920 no longer walk among us.

Their stories are resigned to be interpreted by secondary narrators of a past that they have not directly experienced but inherited. This centenary year offers an opportunity for substantial change in the way we think and talk about Bloody Sunday.

In a routine familiar to many, thousands gathered in Croke Park on a Sunday afternoon to watch a football match. Dublin were playing Tipperary, a welcome distraction during the turbulence that was the Irish War of Independence. Minutes after throw-in, Crown Forces entered the ground and opened fire. Fourteen civilians died and the events still resonate as a decisive moment in modern Irish history.

As the 100-year anniversary approaches, the GAA has a responsibility to ensure that Bloody Sunday is remembered appropriately, respectfully and with sensitivity. A key objective of the centenary commemorations is to promote a deeper understanding of those who lost their lives and recognise that their stories can generate different narratives and memories.

Though Croke Park today is markedly different to the grounds in which the events of Bloody Sunday took place in 1920, the site itself provides an important framework for remembering the darkest day in GAA history, by linking the past and present in a meaningful way. The stadium still holds the contents of its history, offering direct access to what has occurred there.

Commemorative ceremonies were held there for many years after, which placed Croke Park as not just a symbol of the War of Independence, but an actual physical embodiment of it. However, the sole reliance upon the power of place when commemorating Bloody Sunday, or indeed any traumatic event, is limiting. The broader events in the history, culture and politics of that time must also be considered. Commemoration provides a space for the emergence and visibility of marginalised narratives.

Until recently, the collective memorialisation of the 14 victims has been limited to memorial plaques bearing their names, and there was little effort to commemorate them all in an equally meaningful manner. These restrained references to the individual victims deflects memories of historical violence and casts a shroud over the critical perception of individuals and their personal stories.

This categorisation of the deceased as a non-specific collective of victims rather than as distinct individuals narrows the boundaries of commemoration and disregards their personal stories. It is now time to engage with new paradigms of commemoration and present their experience to a public audience.

The day after the ill-fated match, people gathered to pray at the spot on the field where Michael Hogan was killed. Hence, the seeds of the GAA’s commemorative practices around Bloody Sunday were at hand from the beginning and embedded Hogan within a powerful narrative of martyrdom, a narrative that has limited symbolic space and only commemorates one of the 14 victims. Hogan was immediately accorded special status from the other victims, revered and remembered through naming a stand in the stadium in his memory in 1926.

The stories of other victims were always in the shadow of Hogan’s. By persisting with this pattern of lamenting Hogan without deeper reflection, the GAA risked misrepresenting a key event in modern Irish history by presenting an uncritical, one-dimensional story.

For the centenary, the association has moved towards a more inclusive representation by honouring the 13 other victims and in turn, have constructed a broader perspective on the past. The GAA’s Bloody Sunday Graves Project has done much to publically honour the victims by providing headstones for those who lay in unmarked graves in Glasnevin Cemetery.

Centenaries are valuable as they entice us to become interested in episodes of the past that we can look at any time. The difference between this centenary commemoration and commemoration of Bloody Sunday in previous years is the involvement of multiple new participants in the commemorative process. By collaborating with historians, academics, artists and local communities, the GAA is now providing a catalyst for transformations in our understanding of Bloody Sunday.

In interpreting and understanding events that are beyond living memory, we often look towards physical traces and reminders that bring a sense of immediacy with the past being represented. Ticket stubs, match-day programmes... these objects are not one of a kind but acquire their value through the fact that they were present and we were not.

The silver whistle used by referee Mick Sammon and the damaged glasses belonging to spectator Annie Burke took on an afterlife beyond their owners. Bloody Sunday  transformed these ordinary, everyday objects into sacred, precious evidence of a turning point in GAA history.

That these artefacts have survived, that they were kept, collected or donated, cared for in the present day and now, made accessible to the public through exhibition and digitised images, is an important part of the story of Bloody Sunday too.

In some cases the emotional weight and the often traumatic nature of personal possessions associated with Bloody Sunday far exceed their economic or research value, and for these reasons many such items will never enter the public domain.

The private memory of the grieving family is prioritised at the expense of public knowledge and engagement. Keeping these objects in private collections ensures that the boundary between private and public grief through these material artefacts remains clear.

Centenaries can often inspire the public to share their stories and objects that, until now, have been confined to private family history. This new generation of custodians of the past can open new ways of thinking about a significant moment in Irish history.

Perhaps the material traces of Bloody Sunday have added significance because of the scarcity of visual images of the event. A stark photograph of an empty Croke Park the day after the shootings and photographs of the Dublin and Tipperary teams appear to be the only visual representations of Bloody Sunday.

Photographs of five of the victims are non-existent, a reflection of the time and social circumstances. The photographs of the dead that do exist show many of them smiling and unaware of their fate, emphasising the notion of loss, abruptness and their obliviousness to their tragic end while attending a football match. Reinforcing the desolate reality that the victims had no time to say goodbye.

To compensate for the absence of photographs of Michael Feery, James Burke, Patrick O’Dowd, John William (Billy) Scott and James Teehan, artist David Sweeney created portraits of actors who feature in specially commissioned videos focusing on the personal stories of each of the victims.

By having an image to represent all 14 victims for the first time, they can now be presented as a collective identity within a singular, uniform and lucid context. These images unite a group of individuals who were relatively unconnected in life and actively mobilise them as a collective in death.

The GAA is building upon its existing strengths and sharing resources, expertise and connections in renegotiating and broadening historical narratives. Changing the patterns of commemorating Bloody Sunday is important, given the previous tendency to elevate Hogan’s story at the expense of other individuals who lost their lives.

Reinterpreting the stories of Bloody Sunday is like trying to put together a jigsaw from 100 years ago, whose pieces are sparsely scattered. Some pieces have changed shape because of the passing of time and other pieces do not wish to be found. A complex array of jumbled pieces that even when we try to put them together, cannot capture the whole. However, we can extend commemorative boundaries and in doing so, reflect on the enduring significance of the events of Bloody Sunday today.

As the national custodian of the archives and artefacts of the Gaelic Athletic Association, the GAA Museum at Croke Park has unveiled a diverse and sensitively curated series of events to commemorate the centenary of Bloody Sunday entitled “Remembering Bloody Sunday”. The programme includes a “Mondays at the Museum” lecture series and weekly Bloody Sunday guided tours on Saturdays.

The focal point of the programme is the new Remembering Bloody Sunday exhibition, opening Wednesday, September 16th, with artefacts and stories from the fateful day. Transilience , the specially commissioned painting by artist David Sweeney, can also be viewed at the exhibition.

Dr Siobhán Doyle teaches at TU Dublin and is a tour guide at the GAA Museum, Croke Park. For the full event programme and tickets, see crokepark.ie/bloodysunday