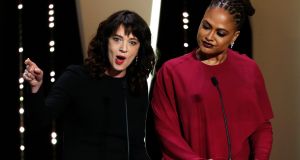 The 2018 Cannes film festival, an edition characterised by controversy and transition, has ended with the awarding of the Palme d’Or to the Japanese film-maker Hirokazu Kore-eda for his moving drama Shoplifters.

Concerning a petty criminal who takes care of an apparently abandoned young girl, the film was universally well received and the win will be popular with the wider cinematic community. Shoplifters is the first Japanese film to take the award since Shohei Imamura triumphed for The Eel in 1997.

There was, however, some disappointment that Cate Blanchett’s jury failed to present the Palme d’Or to a woman. Nadine Labacki’s Capernaum – a powerful tale of child poverty from Lebanon – played to unprecedented raptures on Thursday night and Ms Labacki was hastily installed as favourite. In the event she had to settle for the Jury Prize, essentially the bronze medal. Jane Campion remains the only woman to have taken the top gong at the world’s most prestigious film festival.

There were great whoops in the Palais des Festival when it was announced that the veteran Spike Lee had taken the Grand Prix, runner-up award, for his darkly comic BlacKkKlansman. Told in lively, irreverent fashion, the picture tells the true story of a black police officer who infiltrated the Ku Klux Klan during the 1970s. To nobody’s surprise, Lee had a message for his country. “People think I know what’s going on in America,” he said at the podium. “But I don’t. They ask me: ‘what do you think about the world today?’ I refer to the Peter Weir film The Year of Living Dangerously. I’ll repeat that: this is the year of living dangerously. I take this on behalf of the People’s Republic of Brooklyn, New York.”

BlacKkKlansman features a rare cameo from Harry Belafonte and a breakthrough performance from John David Washington, son of Denzel Washington, in the lead role.

The festival, like so much of cinema, had to contend with the fallout from the accusations of sexual molestation against Harvey Weinstein. Appearing on stage before the prize for best actress was announced, the actor Asia Argento stunned the audience by addressing the source of the scandal directly.

“In 1997, I was raped by Harvey Weinstein here at Cannes,” she said. “I was 21-years-old. This festival was his hunting ground. I want to make a prediction: Harvey Weinstein will never be welcomed here ever again.”

Weinstein has denied allegations against him.

In an awkward irony, that award went to the Kazakhstani actress Samal Yeslyamova for playing a rape victim in Sergei Dvortsevoy’s frantic, harrowing Ayka.

Gender has been in the conversation since the event kicked off on May 8th. Last Saturday, 82 female film professionals stood on the steps of the Palais as Blanchett read out a statement demanding protection for women and equality of opportunity. “Women are not a minority in the world, yet the current state of our industry says otherwise,” the jury president said.

Best actor went to Marcello Fonte for his role as a dog groomer among the criminal underground in Matteo Garrone’s Dogman. Fonte received the award from his fellow Italian Roberto Begnini and the two took the moment to enjoy a bit of physical comedy.

Best director was awarded to Pawel Pawlikowski, a Polish film-maker long resident in the UK, for his gorgeous, Europe-spanning romance Cold War. Pawlikowski’s Ida won the Oscar for best foreign language picture in 2014 and he will surely compete for that award again. The screenplay prize was shared between Alice Rohrwacher’s Happy as Lazzaro and Jafar Panahi’s 3 Faces. The Iranian authorities have prohibited Panahi – accused of producing “propaganda against the Iranian Republic” – from leaving his home country.

Fifty years ago, as Paris burned, Jean-Luc Godard was instrumental in shutting the festival down. This year, in honour of a lifetime experimenting, Blanchett and her jury awarded him a special Palme d’Or. Inevitably, the difficult old geezer wasn’t there.

‘The Hist’: 250 years of self-indulgent theatrics and transformative debate
10