‘The Siege of Jadotville’ to receive limited cinema release 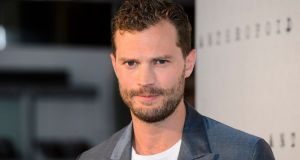 Richie Smyth’s The Siege of Jadotville, the story of the Irish battalion that fought during the 1961 UN intervention in the Congo, is to receive a limited theatrical release in Ireland and Britain from September 19th.

The film was produced for the Netflix streaming service by Parallel Films.

Element Pictures, another Irish distribution and production company, will distribute The Siege of Jadotville in these territories before its Netflix debut on October 7th.

The film explains how, as part of an action supervised by a young Conor Cruise O’Brien, then special representative to the secretary general of the UN, a force led by Cdt Pat Quinlan defended the post at Jadotville from sustained attack by troops and mercenaries loyal to the Katangese prime minister Moise Tshombe.

Following their eventual surrender, the Irish soldiers received no formal acknowledgement for their bravery.

At this year’s Galway Film Fleadh, where the movie premiered, Leo Quinlan, the commandant’s son, confirmed that the Government was to issue a unit citation to the Jadotville defenders, more than half a century after the event.

Jamie Dornan, Northern Irish star of Fifty Shades of Grey, who brandishes a convincing Kerry accent in his role as Pat Quinlan, recently spoke to The Irish Times about the project.

“Those guys didn’t get the recognition they deserved,” he said.

“In fact the opposite. They got that term Jadotville Jacks. They have had to live with that and they appreciate any light that can be shone on their heroics.”

The news comes as Irish film enjoys another surge of fecundity.

Eight domestic productions are playing at the Toronto International Film Festival this week.

“Sally Hawkins will get a lot of attention for her portrayal of the outsider artist Maud Lewis,” Jordan Hoffman wrote in The Guardian.

Meanwhile, John Butler’s Handsome Devil, a comedy set in a prestigious Irish secondary school, has also been greeted enthusiastically at the festival.

Allan Hunter of Screen Daily wrote: “The film retains the brash energy of Butler’s debut The Stag (2013) but is a less cartoonish, more polished affair that should warm the hearts of an even bigger audience and shine a light on talented young stars Fionn O’Shea and Nicholas Galitzine. ”

Sadly, the notices have been more mixed for Jim Sheridan’s The Secret Scripture, which premiered in Toronto over the weekend.

It was at Toronto last year that Lenny Abrahamson’s Room began its march towards Oscar glory,after winning the People’s Choice Award.

Alan Gilsenan’s Unless and Gerard Barrett’s Brain on Fire are among the other Irish films screening at the festival and hoping to follow in those footsteps.