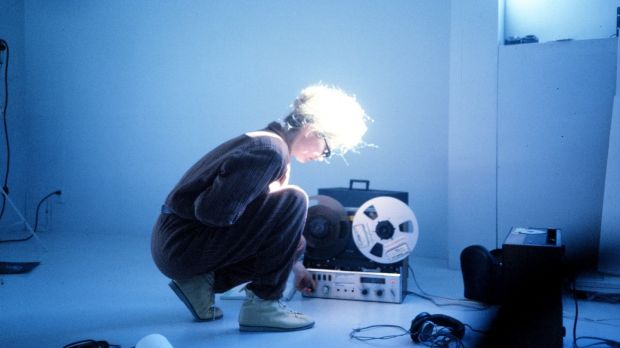 “Why have there been no ‘great’ women composers?” asked accordionist and experimental musician Pauline Oliveros in a 1970 New York Times essay. Why indeed, wonders Sisters With Transistors.

Many people may be familiar with Delia Derbyshire, the electronic music pioneer who composed the theme of Doctor Who in 1963 as part of her duties with the BBC Radiophonic Workshop. But how much do you know about Clara Rockmore, the Lithuanian virtuoso who became the first theremin star and who assisted its inventor with the instrument’s design?

Or Daphne Oram, a classical pianist who became one of the founders of the  same Radiophonic Workshop? Or Maryanne Amacher, a student of Karlheinz Stockhausen and an installation artist who composed using sounds generated inside the ear that are only clearly audible to the hearer? These and other fascinating talents are chronicled in Lisa Rovner’s impeccable documentary.

As Laurie Spiegel, whose composition features on the Golden Record, a disc that accompanied both Voyager probes, recounts: “We women were especially drawn to electronic music when the possibility of a woman composing was in itself controversial. Electronics let us make music that could be heard by others without having to be taken seriously by the male-dominated establishment.”

It’s ironic that this wonderful film bills itself as an “untold story”. Electronica may have been a refuge for many classically trained female musicians, hoping to break away from a male-dominated profession, yet these women have still been sidelined and forgotten by the medium they shaped and willed into existence.

There are notable exceptions, of course. Suzanne Ciani, new age and early electronic adopter, has been nominated for a Grammy five times. Éliane Radigue, one of the first sound engineers to incorporate tape feedback technique, was sponsored by the French government in her endeavours to fashion an epic Buddhist cycle dedicated to Milarepa, the Tibetan yogi.

There’s nary a dull moment – nor a dull character – in this gripping history. Narrator Laurie Anderson is our amiable guide.