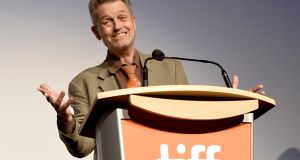 The US director Jonathan Demme, who won an Oscar for The Silence of the Lambs, has died at the age of 73. The cause of death has been announced as “oesophageal cancer and complications from heart disease”.

Born on Long Island, Demme was one of the many great film-makers – Francis Ford Coppola and John Sayles are others – to cut their teeth with the exploitation master Roger Corman.

Demme directed such colourfully titled projects as Caged Heat and Crazy Mama before going on to shoot an episode of the durable TV series Columbo.

In 1980, Melvin and Howard, detailing a story from Howard Hughes’s later years, became a raved-about cult hit and announced Demme to the studios. His 1986 screwball comedy Something Wild, starring Melanie Griffith and Jeff Daniels, confirmed his gift for combining independent sensibilities with the demands of the mainstream.

It was The Silence of the Lambs, an adaptation of Thomas Harris’s gruesome thriller, that really nudged Demme into the stratosphere. That film, released in 1991, has a place in Oscar history as one of only three projects – the others are One Flew Over the Cuckoo’s Nest and It Happened One Night – to win the big five Academy Awards: best picture, best director, best actor, best actress, and best screenplay.

Though this was not the first cinematic representation of Hannibal Lecter, The Silence of the Lambs turned the hungry sociopath into an enduring movie legend to set beside Boris Karloff’s Frankenstein monster and Bela Lugosi’s Dracula. Demme’s touch for a menacing close-up was vital in establishing the villain’s uneasy appeal.

There were more Oscars for Philadelphia, Hollywood’s belated engagement with the Aids crisis, in 1993. Tom Hanks won the first of two consecutive awards for playing a corporate lawyer facing dismissal following diagnosis.

Thereafter, Demme’s career became a little erratic. An ambitious adaptation of Toni Morrison’s Beloved was met with mixed reviews. His take on the Manchurian Candidate in 2004 felt unnecessary. But he scored a critical smash – while returning to his earthy independent roots – with the beautifully acted Rachel Getting Married in 2008.

When Paul Thomas Anderson, among the greatest US directors of the next generation, was asked to name his three favourite directors, he gave a surprising answer: “Jonathan Demme, Jonathan Demme, and Jonathan Demme.” Fair enough. There were at least three Demmes to choose from.

He is survived by three children from two marriages.