Oscars 2015: Tomm Moore’s Song of the Sea gets nod

Surprise as Irish nomination comes at expense of The Lego Movie

Tomm Moore’s 'Song of the Sea' among the nominees for the best animated feature film Oscar. Video: GKIDS/Reuters

The nominations for the 87th annual Academy Awards have been announced with Julianne Moore and Michael Keaton among the favourites to win a lead actor award. Video: Reuters 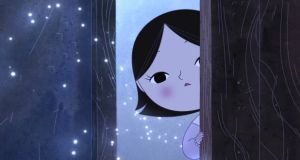 A screengrab from the trailer of Song of the Sea 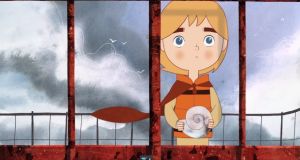 A screengrab from the trailer of Song of the Sea

Nominations for the 87th Academy Awards, announced this morning in Los Angeles, feature more than a few surprises.

There’s good news for the Irish, with a nomination in the best animated feature race for Tomm Moore’s Song of the Sea.

Moore already received a nod in 2010 for his The Secret of Kells, but this still constitutes a significant achievement for Kilkenny’s Cartoon Saloon studio, which he helped found in 1999.

The real shock here was that the Irish film’s mention came at the expense of runaway favourite The Lego Movie.

Isao Takahata’s The Tale of the Princess Kaguya, from veteran Studio Ghibli, also makes an appearance in this derby.

Nonetheless, Richard Linklater’s Boyhood still looks like the runway favourite for best picture. It has won almost everything since awards season ground into gear.

“I was really amazed. I had The Lego Movie down as ‘a lock’,” Tomm More told The Irish Times. “I think they’ll be out to kneecap us because we beat them [directors Phil Lord and Christopher Miller] for Cloudy with a Chance of Meatballs in 2010. To be nominated alongside Takahata is such an honour. This is his masterpiece.”

Earlier in the week, Tomm said that, faced with such serious competition, he genuinely felt Song of the Sea - a tale of the mythical seal creature the selkie - had no chance of making it into the final corral. So, did he still gather around the television for the announcement?

Song of the Sea trailer

“I went to Kilkenny Castle Park and had my lunch,” he laughs. “I tried to pretend I was calm and then my wife called me and let me know.

“I was just on to the distributors in the States. Now we have the nomination, they are really going to give it a push.”

The film is marked down for an Irish release in July. The Irish-language print was set to be the first-ever animated feature in that language released here. But, as Tomm notes wryly, an Irish version of the next SpongeBob SquarePants movie is about to steal their thunder.

The most unexpectedly underrepresented film at this year’s Oscar nomination was Ava DuVernay’s Selma. That tale of the civil rights struggle did get a best picture mention, but it only appeared in one other category: that for best original song.

There will be astonishment that Ms DuVerney, who would have been the first African-American woman nominated for best director, failed in that race and that David Oyelowo, who plays Martin Luther King, didn’t register for best actor. Expect many furious editorials in weeks to come.

The biggest surprise here was the listing of Marion Cotillard for the Dardenne brothers’ Two Days, One Night.

Many felt Jennifer Aniston would sneak in for her roughed-up turn in the indie drama Cake, but she was not among the nominees.

Michael Keaton, who gives a bravura performance in Birdman, and Eddie Redmayne, who plays Stephen Hawking in The Theory of Everything, are favourites in the best actor category.

One more truly baffling anomaly should be noted. Despite eight films being nominated and only five directors being mentioned, Bennett Miller, director of Foxcatcher, receives the call; yet, his film somehow failed to register.

Since the best-picture nominations were increased from five to a maximum of 10, no director has managed this seemingly impossible (and undesirable) feat.

Mention should also be made of Irish director John Carney. A decade ago, he delighted Oscar-watchers when Falling Slowly, from his low-budget film Once, picked up a nomination for best original song.

Once again a Carney film registers in that competition. Lost Stars, sung by Keira Knightley in Carney’s Begin Again, competes against unlikely material as Everything is Awesome from The Lego Movie.

The winners will be announced at the Oscar ceremony on February 22nd.

The Butcher Boy is back – a murderer still among us
9

Scary tales of New York: life in the Irish slums
10