Them That Follow: If snakes give you the heebie-jeebies, stay away 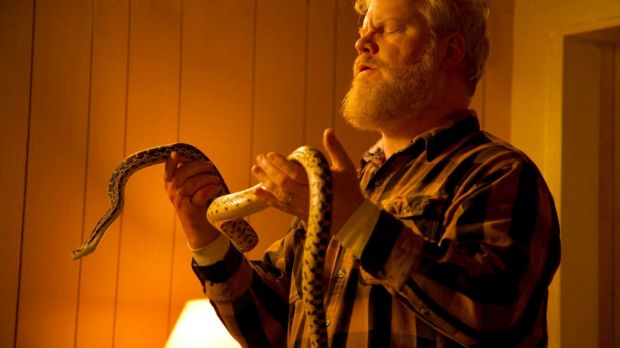 Pastor Lemuel Childs (Walton Goggins) presides over an isolated community of Pentecostal snake-handlers who are willing to wrap themselves in rattlesnakes as an act of faith. The pastor’s devoted and devout daughter, Mara (Alice Englert) is preparing for her wedding day to the local sap (Lewis Pullman), under the stern gaze of church busybody and enforcer Hope (Oscar-winner and current telly monarch Olivia Colman).

It takes a while for Hope to realise that Mara is pregnant and that Hope’s son Augie (Thomas Mann), who has abandoned the church, is the father.   A clever script hints at dark pasts among the congregation. Even Hope has a spider tattoo on her hand. Those who leave, we quickly realise, will not be welcomed back. Modern medicine is eschewed in favour of exorcism or, well, letting the snakes decide.

Grand themes concerning faith and family are given grand voice from Colman and Goggins, who has his most rewarding role since Tarantino put him to work in Django Unchained. Alice Englert and Thomas Mann are layered and affecting as the star-crossed lovers.

Ophidiophobics beware. The nerve-wracking depictions of serpent handling, as lensed by cinematographer Brett Jutkiewicz and cut by Joshua Raymond Lee, are not for the faint-hearted.