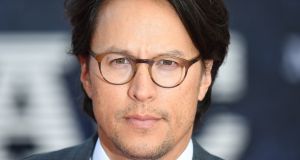 The next James Bond film will be directed by American Cary Joji Fukunaga, the man behind the first season of US drama True Detective and the Netflix comedy Maniac, the 007 producers said on Thursday.

Fukunaga (41) replaces British director Danny Boyle, who pulled out of the as yet untitled film last month due to “creative differences”.

Filming of the 25th Bond movie will begin at Britain’s Pinewood studios in March 2019 with the worldwide release slated for February, 2020, three months later than the original guidance given when Boyle was director.

“We are delighted to be working with Cary. His versatility and innovation make him an excellent choice for our next James Bond adventure," said Michael G. Wilson and Barbara Broccoli. (2/2)

The Bond franchise is one of the movie world’s most lucrative with 2015’s Spectre, directed by Sam Mendes, raking in $880 million at the box office worldwide, while Skyfall in 2012, also directed by Mendes, grossed more than $1 billion globally.

Producers Michael G. Wilson and Barbara Broccoli said of their new director: “His versatility and innovation make him an excellent choice for our next James Bond adventure.”

Fukunaga won an Emmy for his work on True Detective. He directed the 2015 war film Beasts of No Nation starring Idris Elba and 2011’s Jane Eyre, with Mia Wasikowska and Michael Fassbender. His debut feature, Sin Nombre, took the directing award at Sundance in 2009. Maniac is released on Netflix on Friday.

Daniel Craig will play Bond for a fifth time, in what is expected to be his last stint as the secret agent created by author Ian Fleming in 1953. – Reuters