Henry Cavill: ‘Ireland taught me how to love the rain’

The Mission: Impossible star on Tom Cruise, #MeToo and taking over as James Bond 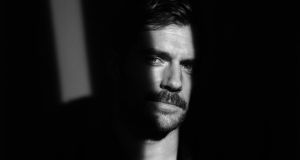 Henry Cavill: “Moustachegate is now a thing. My moustache has been immortalised.” Photograph: Tom Jamieson/NYT

Henry Cavill has had a difficult week. You wouldn’t know it. As ever, he looks as symmetrical as Action Man and as immaculately attired as Mr Peanut. He doesn’t seem quite real. You half-suspect the hair has been painted on. The nose looks like the work of Bernini.

He’s real all right – and, for somebody who already has the world at his shiny feet, enormously keen to make friends.

I don’t know. Is there not some mossy gargoyle he could stand beside instead? That contrast would hardly be more dramatic. Anyway, he puts his hand on my shoulder and we create the poster for Superman Meets the Creature from the Black Lagoon.

Cavill has just had to apologise for suggesting that flirting would, these days, be like casting himself into the fires of hell and that he feared being called a ‘rapist or something’

Where were we? Henry Cavill, current Superman and upcoming foil to Tom Cruise in Mission: Impossible – Fallout, has just had to apologise for remarks he made in an interview with GQ magazine. Asked about the #MeToo movement, he suggested that flirting with a woman would, these days, be like “casting myself into the fires of hell” and that, in such circumstances, he feared being called a “rapist or something”.

There was an online furore before Cavill did the decent thing and said sorry. “This experience has taught me a valuable lesson as to the context and the nuance of editorial liberties,” he added. “I look forward to clarifying my position in the future towards a subject that is so vitally important and which I wholeheartedly support.”

So does he have more to say?

He arranges the perfect features into an attitude of apology.

“Look, I think it’s not the most fitting of topics for such a short conversation,” he says. “But I do thank you for giving me the opportunity.”

I wonder if he is still worried about “the nuance of editorial liberties”. Perhaps I’m taking such liberties by so speculating. At any rate, he has politely negotiated us away from the danger spot, and there seems to be no way back (in what is a lengthy enough conversation, by the way).

Let’s talk a little about the new Mission: Impossible film instead. Cavill plays a CIA agent who is assigned to keep on eye on Cruise and other roguish elements in the Impossible Mission Force. If you’re even partially on board with the sequence you’ll admit that the action is better than ever. There are parachute jumps over Paris. There’s a chase through Tate Modern, in London. The Cruiser is still running.

“You hear all the usual stuff,” nice Henry says nicely about Tom. “He is kind and compassionate. I fear for being boring when saying those things. But he is genuinely like that. And very funny. The amount of times he had us rolling around in stitches! And he keeps on going. He’s hilarious.”

I don’t doubt it.

The film was drawn into a bizarre controversy late last year when news leaked that, during reshoots on Justice League, the superhero movie in which Cavill also stars, Paramount, producer of the ongoing Mission: Impossible shoot, would not grant permission for Cavill to shave his moustache. He played the role of Superman with a hairy upper lip that was later digitally tidied away. The trade papers talked about little else for an hour or so.

“The request came in to shave the moustache,” he says. “We knew we were about to get into the helicopter sequence. My head is outside the window of a moving helicopter for weeks. So we couldn’t stick one on. That’s not going to work. It was one of those impossible situations. The reshoots had to happen for Justice League at that stage. And there was no gap to regrow.”

It doesn’t matter much. But it told us something about how the movie industry has changed. The digital-retouching option would not have been available 15 years ago. “We’d have had to wait until the film was over,” he says. “Oh well. Moustachegate is now a thing. My moustache has been immortalised. Ha ha!”

Henry Cavill is one answer to a trivia question concerning famous people from Jersey. His father was a stockbroker. His mother worked for a bank. Raised in what sounds like a comfortable home, he was later sent to board at the prestigious Stowe School, alma mater of David Niven and Richard Branson, where he became head of its Combined Cadet Force, one of about 400 ministry-of-defence-backed officer-cadet units at British secondary schools. When not drilling and cleaning rifles, Henry found time to dabble in acting. A casting group came around in search of actors for the Kim Basinger flick I Dreamed of Africa. That didn’t work out. But a year or so later another crew came around and he secured a decent role in Kevin Reynolds’s undervalued take on The Count of Monte Cristo.

“My father had been hesitant,” he says. “He originally felt that I should go to university and then go to acting school if I was still interested. But he said: ‘You have an English agent. You’ve picked up an American agent as well. You now have a career.’ ”

Cavill left school and dived into acting. It would be wrong to say he never looked back. He remembers lengthy periods of unemployment. He was constantly told that he was good but that he “wasn’t a name”. Cavill was on the point of returning to his A levels – with a mind to joining the Royal Marines – when he secured an audition to play James Bond. That changed everything.

“From what I understand, Daniel Craig was one option and I was the other,” he says. “Ultimately they went with Daniel, which was a great choice. But that got me in Variety. I was the bloke that got that close.”

Cavill is honest enough to admit the James Bond job would still interest him. ‘If I have learnt anything about Hollywood it is that nothing is ever gone’

There’s history here. Both Pierce Brosnan and Roger Moore were close to becoming James Bond a decade before they eventually secured the job. We suspect Craig is preparing for his final outing. Cavill is honest enough to admit that the job would still interest him. “If I have learnt anything about Hollywood it is that nothing is ever gone. There is no: ‘It’s over.’ That was the same with Superman,” he says.

Sure enough, Cavill was in the frame to play that role when McG was in charge of the project that eventually became Bryan Singer’s Superman Returns. Singer handed the role to Brandon Routh. But Cavill kept the faith. Before the call came for Man of Steel Cavill busied himself as the male lead in the film Tristan & Isolde and played Charles Brandon in The Tudors. Both those projects and The Count of Monte Cristo were shot in bits of Ireland. You can’t get his cheekbones out of the country.

“Ha ha! No, I really am. Regardless of the publication. Ireland taught me how to love the rain. There was one day on The Tudors and we had 40 straight days of rain. That was biblical. I love the national persona in Ireland. There is so much pride and magic in the country.”

By the time Cavill became Superman the industry had battered and biffed him in all his sensitive places. But there are unique challenges to appearing in a contemporary superhero franchise. Years ago comic-book fans were seen as no more awkward than butterfly collectors or aircraft enthusiasts. The vast majority still match that description. But the online provisional wing of fandom is now savage. Any deviation from the sacred texts is greeted with fury.

“I like to dip my toe into the crazy now and then and just feel what’s out there,” he says. “On Superman I understand their ire. I want to give them the character they love. But, when it comes to the aggressive fandom, that’s all to do with the accessibility of information. If you are in a bad mood you can just smash your bad mood out on the keyboard and there are no consequences.”

He goes on, in his polite, well-mannered fashion, to confirm that the fans are always lovely at premieres and enthusiastic at conventions. “It’s a different thing to give the finger to an actor in person,” he says. “You are presenting your own feelings, and you are answerable for that.”

Cavill has already learnt a little about being “answerable” this week. He deserves a break.

Lillie Langtry (1853-1929) Born on Jersey (as Emilie Charlotte le Breton), the actor and socialite became one of the most unavoidable figures of the late Victorian salon.

Roy Dotrice (1923-2017) Unavoidable British actor who barely rested throughout his career. Father of Michele Dotrice – Betty in Some Mothers Do ’Ave ’Em – who could also sneak on to this list.

Henry Cavill (1983-) Which leaves our mate Henry Cavill as the current face of Jersey in the media. Born in St Helier.