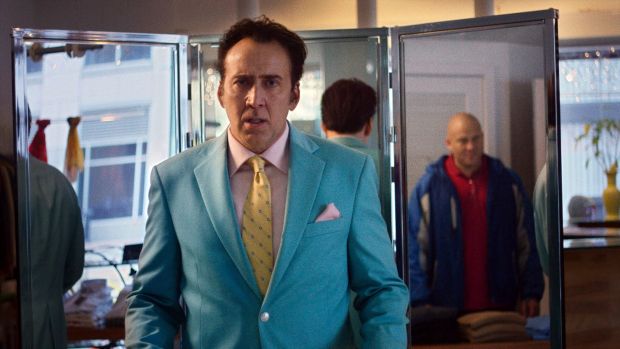 More power to Paul Schrader. He’s clearly decided he doesn’t give a toss anymore. Many older people, when they reach this stage, retire to the golf club bar and shout intolerantly about immigrants. Instead, the great screenwriter and director – whose taste for violence was once balanced by a passion for Robert Bresson – has made a thriller so barmy it might give Abel Ferrara indigestion.

Consider this: Dog Eat Dog features the current Nicolas Cage in uninhibited form and he is not the maddest thing in it. (Mind you, the film does costar Willem Dafoe.)

We begin as we mean to go, with Dafoe, playing a drugged-up homicidal maniac who longs for release, murdering his girlfriend and her daughter in brutally explicit fashion. Later, he meets up with Cage, an ex-con who owes him a favour, and they embark on one last job.

Those all end in disaster. Right? “They work out sometimes,” Cage explains. “You just don’t hear about it because they go off to Hawaii.”

Adapted from a novel by Edward Bunker, star of Reservoir Dogs, Dog Eat Dog (even down to its title) plays like an attempt to pastiche the dodgy films that Tarantino project spawned. No stylistic quirk is left unexploited. We get split screen. We get psychedelic tints. The director places himself in an isolated southeastern quadrant of one shot. A gunshot removes an entire head, leaving just a bloody stump of vertebrae.

“Screw them all!” the angry old director seems to be saying. “If they want a riot of incoherence, they can have it.”