A Million Little Pieces: tales of addiction from a made-up memoir 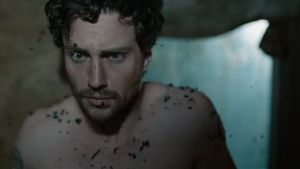 In 2005, James Frey’s addiction memoir, A Million Little Pieces, was selected for Oprah Winfrey’s bookclub. It became the bestselling book on Amazon and spent 15 weeks at the top of the New York Times bestseller list. That, however, was only the start of Frey’s story. In early 2006, the Smoking Gun published an article titled A Million Little Lies, detailing the fabrications in Frey’s account of his drug abuse experiences, life, and criminal record.

Sam Taylor-Johnson’s adaptation of the discredited memoir doesn’t acknowledge the controversy, save for an opening quote from Mark Twain: ‘I’ve lived through some terrible things in my life, some of which actually happened.’ And yet, the director’s beautifully staged and energetically performed version often leaves the viewer wondering: how did anyone ever buy this material as a novel, let alone as a memoir?

Billy Bob Thornton, for example, is tremendous as Leonard, a father figure with a murderous past. A romantic subplot between James (Aaron Taylor-Johnson) and a female patient (Odessa Young) at the rehab centre – where contact between men and women is forbidden – fails to convince. The less said about Giovanni Ribisi’s zealous gay character the better.

You can’t help but wish that Sam and Aaron Taylor-Johnson (who co-wrote the script) jettisoned more of the source material, as the central addiction narrative is as gruelling as it is compelling.

The opening scene finds James naked, smoking crack, and dancing maniacally at a house party before falling from an upstairs bannister on to the hood of the car below. He wakes up on a plane, with a broken nose and smashed teeth, too out of it to realise where he is going. When the flight lands in Minneapolis, Frey is picked up by his kindly brother (Charlie Hunnam) and driven straight to rehab. There he meets the assorted folks we’ve come to expect from rehab dramas, including a tightly-wound David Dastmalchian (excellent) and a 12-step insistent therapist (Juliette Lewis).

Taylor-Johnson brings plenty of visual flair to the material: food decays on James’s plate as he looks at it; excrement runs down the walls as he walks into the facility; his efforts to take an inventory see younger versions of him wandering into the frame. Aaron Taylor-Johnson, meanwhile, isn’t afraid to be unlikeable or to pointlessly trash rooms. It’s a hugely physical performance that peaks during a root canal which, as a recovering crack addict, has to be performed with no anaesthetic.

A score by Nine Inch Nails’ Atticus Ross, his wife Claudia Sarne and brother Leopold Ross adds to the central character’s brooding. This is a more impactful addiction film than Beautiful Boy, but, crucially, it arrives after that film and the similarly themed Ben is Back.