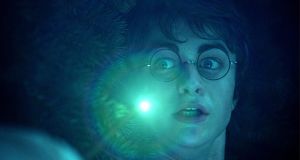 As the real doors close on the most successful exhibition in the history of the British Library, Harry Potter: A History of Magic, virtual doors open on a version created with the library’s curators for the Google Arts and Culture site.

The crystal balls, dragons’ bones, witches’ cauldrons and broomsticks will be packed up in Bloomsbury when the exhibition closes on February th after a five-month run. Every available ticket was sold, with more than 150,000 tickets booked weeks in advance. Another 11,000 free tickets were handed out on days it closed to the public to allow school groups in.

However, star exhibits, including objects from Harry Potter creator JK Rowling’s personal archive and 360-degree interactive re-creations of galleries from the exhibition, launched on Tuesday morning on the Google Arts and Culture site.

They will be available free, worldwide and in six languages, with more to be added – reflecting the phenomenal popularity of the books, which have now been translated into scores of languages including Greenlandic and Tibetan.

“We’ve never known anything like it at the British Library,” lead curator Julian Harrison said. “It was a first for us, every day we had queues of people desperate to get in. We could see from the expressions of joy and surprise on many faces as they came that they’d never been in the library before – but we also got many visitors who had never read and had no particular interest in the Harry Potter books, but were just fascinated by the history of magic and the treasures of our collections relating to it.”

Suhair Khan, UK programme manager for the Google site, said it had been planned months before the exhibition opened last October, so as to extend access worldwide to the treasures in the exhibition. He added that Google is planning more projects with the library.

The site includes a rare interview with the illustrator Jim Kay, who after four years’ work is now little more than halfway through illustrating all seven Harry Potter books.

He thought the first would take six months, but it took more than two years, and by the end of the third book he was “burned out and hallucinating”.

He said the most difficult thing was drawing people on broomsticks without looking rude: “It’s very hard sitting somebody convincingly on a broom – you just dread broomstick moments.”

Some of the creepiest objects in the exhibition also feature on the site, including crystal balls, spells, wands, brooms and cauldrons owned by people who claimed to be real 20th-century witches. They came to London on loan from the collection of the Museum of Witchcraft and Magic in Boscastle, Cornwall.

Simon Costin took over the museum and its bizarre collection, founded in 1951, on Halloween 2013.

The collection includes a preserved human head, believed to be medieval and known as Harry. “Some years ago the head underwent forensic investigation and turned out to be part of an Egyptian Mummy, and ‘he’ was a ‘she’,” he said. “She is now called Harriet.”

The oldest objects in the British Library collection and the exhibition are the “dragons’ bones” – oracle bones heated so the cracks resembled Chinese characters. One also carries such a detailed written description of an eclipse that, as Harrison said, with the assistance of Nasa, the library was able to date it to December 1192BC – between 9.48 and 11.30pm, give or take 17 minutes.– The Guardian

Explore the wonders of the British Library exhibition here