The armchair detectives using the web to catch criminals 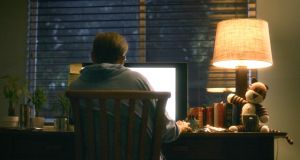 Documentary series like The Staircase and Making a Murderer make amateur detectives of their audience, as do podcasts like Serial and West Cork. Other podcasts such as The Creep Dive and My Favorite Murder present stories with conclusions – you can play detective while listening, safe in the knowledge there will be an answer at the end.

Some armchair detectives simply share articles about unsolved crimes but many take it a step further, actively scanning publicly available data and searching crime scenes on Google Maps in a bid to find clues. On occasion, armchair detectives successfully solve mysteries that have evaded police, such as the “Cali Doe” case, whereby in 2014 a member of US armchair detective forum WebSleuths.com matched a sketch of an unidentified murder victim with a picture of a missing girl. The young victim was thus identified as Tammy Jo Alexander, 36 years after her death.

The Netflix series Don’t F**k With Cats: Hunting an Internet Killer is about a group of ordinary internet users who examine video footage to identify a man who has been posting disturbing videos online. They use Google Maps to work out where he’s living, and analyse his writing style to tie him to crimes. They’re not police, just regular people incensed by what they’ve seen. The series shows how much we give away about ourselves online, and how anyone with a computer and an eye for detail can be a detective.

The most high-profile armchair detective in recent times is arguably Michelle McNamara, the late author of New York Times bestseller I’ll Be Gone in the Dark. McNamara had always had an interest in unsolved crime, and became particularly preoccupied with a serial murderer she named the “Golden State Killer”. McNamara would sit at her laptop for hours, examining reams of data, and corresponding with other armchair sleuths, in a bid to discover who was responsible for a slew of unsolved murders and rapes on the west coast of the United States.

Having read a review of McNamara’s book in March 2018, I fell down a rabbit hole of stories about serial killers and the people who were trying to find them. It was then, just days after the second big snow of that year, that I decided my next book would be about a woman who lives on her own in the middle of nowhere, that unexplained footprints would appear in her snow-covered garden, and that she would be an armchair detective.

So, partly for research purposes, and partly because I was fascinated by her story, I bought McNamara’s book. Despite the macabre subject matter, it’s not the difficult read one might imagine. It’s written like a memoir, and McNamara’s voice pulls the reader through and beyond the horrific stories. Her tenacity and dedication to investigating the case from her laptop screen is almost as intriguing as the case itself.

At one point, she refers to a theory that the killer was a member of local law enforcement, and indeed, in April 2018, former police officer Joseph James DeAngelo was arrested on suspicion of carrying out the Golden State Killer murders. Sadly, McNamara passed away in 2016, before her book was published, and before the arrest was made. A date has just been set for DeAngelo’s pre-trial, but much to internet sleuthers’ disappointment, no link has been made between McNamara’s investigation and DeAngelo’s arrest.

The internet was, however, a key feature in solving the case. Investigators uploaded a DNA profile for the Golden State Killer to GEDMatch, an online genealogy database, and found a match with a group of people, all distant relatives of one another. They narrowed this group down, eliminating suspects, until they got to Joseph DeAngelo. It has been reported that his DNA was then taken from a car door handle, and the subsequent match led to his arrest.

Now, amateur sleuths are using genealogy databases to help solve other mysteries, with one true crime podcast, The Murder Squad, actively encouraging listeners to upload DNA profiles to GEDMatch in a bid to catch criminals. In January, The Murder Squad announced it had paid dividends: police had arrested a suspect for the 1980 murder of Helene Pruszynski after a listener uploaded her DNA and it was matched with a suspect, at third cousin level.

But more than any expectation of aiding police, armchair detecting is really a pastime – like discussing a news story, or watching a true crime series, or listening to a podcast, or reading crime fiction and trying to figure out whodunnit before Hercule Poirot does his big reveal. If, however, you’re of a criminal mind: be careful what you put online, and don’t f**k with cats.
The Sleeper Lies by Andrea Mara is published by Poolbeg Press on February 6th