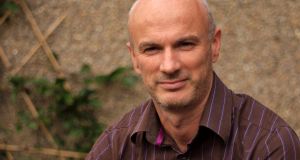 James Lee Burke’s The New Iberia Blues (Orion, €17.99) – the 22nd Dave Robicheaux novel, but not as previously billed the final one – opens with the Louisiana detective investigating the murder of a young woman discovered floating off the coast lashed to a wooden cross. Robicheaux is obliged to interview his old friend Desmond Cormier, a successful Hollywood director currently shooting a movie in his native Louisiana, but as Robicheaux and his new partner Bailey Ribbons probe deeper they uncover a complex tale that embraces tarot cards and corrupt cops, Russian mobsters and My Darling Clementine, the Aryan Brotherhood and Maltese bankers. There’s an elegiac, valedictory quality to the novel that dominates all else – Robicheaux once again bears witness to the Confederate dead who still haunt the electric mist – and much of the story is taken up with Robicheaux’s critical self-appraisal as he ponders on whether the good done by he and his old friend Clete Purcel outweighs the bad. The prose is, as always, dreamily fabulous (“The sun came up like thunder, a yellowish blood red in the smoke of a runaway stubble fire.”) as Robicheaux, one of American crime fiction’s great knight errants, embarks on one last tilt against evil’s windmills, pursuing “someone who had declared war on something much larger than he was, a misanthrope with the vision of Captain Ahab in his pursuit of the white whale”.

Sarah Armstrong’s The Wolves of Leninsky Prospekt (Sandstone Press, €12.99) opens in 1972, with Cambridge undergraduate Martha sent down for taking part in a street protest against institutionalised sexism. With little by way of a future to look forward to in England, Martha marries her gay friend Kit, a diplomat at the British Embassy in Moscow, to protect him from Russian “provocations”. Martha believes herself above the sordid world of espionage, but soon she’s being followed and is herself targeted for a provocation – but is it the Russians or the British who have Martha in their sights? Armstrong’s novel is a rather offbeat spy story in that an early, ironic reference to Ian Fleming is as close as the plot gets to the conventional tropes. Instead, Armstrong focuses on the rarely told stories, those of miserable wives left languishing in tiny apartments, the crushing boredom, and the nerve-shredding strain of constant surveillance. The plot meanders rather than sprints but The Wolves of Leninsky Prospekt is a beautifully detailed corrective to the kiss-kiss bang-bang of far too many spy novels – you can almost smell the vinegary cabbage wafting up out of the cold, dank hallways, and the pages fairly reek of stale cigarettes.

Finnish author Antti Tuomainen adds a blackly comic dimension to contemporary Scandinavian crime fiction. His latest novel, Palm Beach Finland (Orenda, €9.99), opens in Finland’s premier beach resort with an attempted intimidation that goes badly wrong. Dispatched to investigate, undercover detective Jan Nyman discovers himself rubbing shoulders with a Machiavellian entrepreneur, a hapless pair of wannabe heavies, a philosophical hitman, and a woman driven to desperate measures by faulty plumbing. Tuomainen’s crime comedy is frequently compared to Fargo-era Coen Brothers, but Florida’s Carl Hiaasen is likely a strong influence too – the plot is an exercise in literary plate-spinning as a rogue’s gallery worth of absurd characters pinball around in a full-blooded, off-kilter caper-gone-wrong that also serves as an acerbic commentary on the crime genre.

Hanna Jameson’s The Last (Penguin, €15.99) opens in a hotel high in the Swiss alps three days after the world’s major cities have been obliterated by nuclear bombs. As the hotel’s 20 guests huddle together for comfort, Dr Jon Keller makes an horrific discovery – the body of a nine-year-old girl, left to decompose in one of the hotel’s water-tanks. Is there a killer hiding among the survivors? The early stages seem to be setting up a post-apocalyptic version of Agatha Christie’s And Then There Were None, but The Last, which references The Road and Lord of the Flies, is more invested in exploring the philosophical consequences of surviving a nuclear war. Why worry about who might have murdered a child, Dr Keller is asked, when “what we think of as right and wrong don’t exist anymore”. Jameson clutters up her plot with unnecessary red herrings which suggest a supernatural dimension, but for the most part The Lost delivers on its intriguing premise as the veneer of civilisation wears away and a collective savagery starts to take hold.

Anthony J Quinn’s The Listeners (Head of Zeus, €15.99) opens with a psychotherapist discovered murdered at her home deep in the remote forests of the Scottish borders. DS Carla Herron is called in to interview the man who has confessed to the killing, but while the confession delivers details that only the perpetrator could know, the self-confessed “killer” is an inmate at Deepwell Psychiatric Hospital who is held on a secure ward under 24-hour surveillance. What follows is a neat variation on the traditional locked-room mystery, with Quinn crafting a satisfying solution to what appears to be an impossible crime. As always, landscape is intrinsic to his story: “The roads dwindled into rough tracks until the only signs of civilisation were a few isolated farms lost amid the pines and deserted lochs, a lonely landscape of contrasting shades, heathery hills and dense forests, darkness and light, a completely clear canvas for her enquiring mind.” More interestingly, perhaps, Quinn also digs deep beneath the genre’s conventions to explore the nature of memory and the ways in which the police procedural’s staples – the interrogation, the confession, the accretion of evidence that leads to an inevitable deduction – are by no means as conclusive as we might like to believe when it comes to establishing objective truth.

Declan Burke is a journalist and author. He is the editor of Trouble is Our Business (New Island)