Fears that many of the company’s 2,727 staff will be made redundant 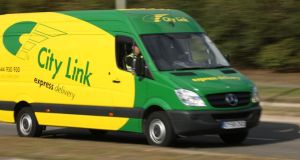 Nearly 3,000 workers are facing redundancies over the holidays after one of Britain’s biggest parcel delivery groups went into administration on Christmas Eve.

British courier and parcel firm City Link has gone into administration and many of its 2,727 employees will be made redundant in the coming days, its administrators said on Thursday.

No buyer has been found for the loss-making business, which pest control-to-hygiene group Rentokil Initial sold to private equity firm Better Capital for £1 last year, cutting loose a business that had dragged on its performance for years.

Ernst & Young said it had been appointed administrators to City Link and that the firm, which has 53 depots, had entered administration because of “substantial losses” and was unable to accept any more new parcels.

Its operations have been temporarily suspended and its assets would start to be disposed of, it said in a statement.

“These losses reflect a combination of intense competition in the sector, changing customer and parcel recipient preferences, and difficulties for the company in reducing its cost base,” said Hunter Kelly, one of the administrators.

“The strain of these losses became too great and all but used up Better Capital’s £40 million investment, which was made in 2013 and intended to help to turn around the company.”