Extending lockdown would leave the Republic an ‘outlier’ in Europe, economist warns 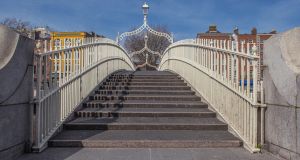 The Government imposed some of the EU’s toughest restrictions on travel, hospitality and other businesses last year in an effort to contain Covid-19. Photograph: iStock

Travel chiefs voiced anger at Government’s lack of post-Covid recovery plans for their industries at a private meeting hosted by State body Fáilte Ireland on Friday.

Transport leaders met as Irish airports were confirmed as being among the hardest hit in Europe by Covid restrictions last year, while economist Dermot O’Leary warned extending the lockdown would leave the Republic an “outlier” in the EU.

Fáilte Ireland’s interim chairman, Paul Carty, and its board hosted an online meeting of executives including Eddie Wilson of Ryanair DAC, Donal Moriarty of Aer Lingus, Marina Finn of Abbey Tours, Peter McKenna of Croke Park, Jon Woolf of State airports company, DAA, and others, to hear their concerns.

The meeting heard of growing anger at a Government failure to plan for post-Covid recoveries in transport and tourism – businesses severely hit by pandemic restrictions.

Similarly, industry figures were annoyed at what they saw as the failure of the Government and its Ministers for Transport Eamon Ryan and Hildegarde Naughton to discuss proposals or strategy with them.

Sources said participants feared the lack of a plan to aid transport “ramp up again” as the rest of the world recovered in coming months would leave the industry in the Republic trailing other countries.

The meeting included domestic players such as CIÉ Tours and the Car Rental Council of Ireland. Mr Carty and the Fáilte Ireland board have held three other discussions – with hotels and accommodation providers; pubs and restaurants; and tourist attractions – in recent weeks.

Including aviation and hospitality, tourism employed about 260,000 people in the Republic before Covid-19 struck in 2020. Many of those workers are among the 450,000 receiving the pandemic unemployment payment.

Airports Council International Europe (ACI) on Friday said the Republic was one of several countries where government curbs sent air travel tumbling by more than 90 per cent in the final three months of 2020.

ACI’s figures show the number of people who travelled through Europe’s airports last year fell 72 per cent to 728 million from 2.4 billion in 2019.

Passenger numbers fell more than 90 per cent in the Republic, along with Austria, Czech Republic, Finland and others, in the closing quarter of 2020.

German and UK airports lost 87 per cent of their traffic. Those in France, Greece and Portugal lost about three-quarters.

Mr O’Leary, Goodbody chief economist, warned, meanwhile, that Government proposals to extend the current lockdown to April or May risked leaving the Republic as an “outlier” in Europe once again.

The Government imposed some of the EU’s toughest restrictions on travel, hospitality and other businesses last year in an effort to contain Covid-19.

Current Level 5 limits are due to end on March 5th, but Taoiseach Micheál Martin warned that many businesses may not open at that point.

This lockdown will lead to another significant fall in domestic demand in the first quarter of this year, but accelerating inoculation rates raised the prospect of a rapid rebound in the second half of 2021, Mr O’Leary said.

Goodbody believes the “unleashing” of €13 billion hoarded over the past 12 months could spark 5 per cent growth in domestic demand this year, if Government speeds up the pace of vaccination as promised in the second quarter.