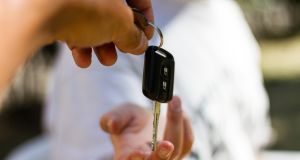 The rental car industry is calling for a financial rescue package akin to the €10m delivered to the coach tourism sector. Photograph: Lorenzo Patoia/iStock

There is likely to be a “major shortage” of rental vehicles in 2021 unless the sector is propped up with financial supports and clearer travel guidance, an industry representative has said.

The car hire sector has been decimated this year due to its close ties with the air travel and leisure sectors, which were both targeted by governments for strict public health restrictions.

Huge sell-offs since the pandemic began have seen the Irish fleet drop from about 21,500 at the beginning of the pandemic in March to around 10,000 now, according to Paul Redmond, chief executive of the Car Rental Council of Ireland. During 2019, the fleet never dropped below 18,000, he added.

“It has gone down so low now that the chances of re-fleeting if the recovery comes quickly will be a big problem. Companies will not have the financial resources and might not be able to re-fleet without supports,” he said.

Ireland’s industry consists primarily of franchises, with Avis Budget operating through a family business in Co Roscommon, Hertz run from Wexford, and Sixt operating from Dublin. The Irish fleet of rental vehicles has depreciated in value by about €40 million since the pandemic began, according to Mr Redmond.

“Cars were depreciating as they were sitting in car parks . . . It is not like a hotel where the building goes up in value, so since March the rental industry has been trying to get rid of much of its fleet,” he said.

The group is calling for a financial rescue package akin to the €10 million delivered to the coach tourism sector. Mr Redmond said the industry was a major player in facilitating much of Ireland’s rural tourism, particularly for people looking to travel along the Wild Atlantic Way. Despite this, the sector has not benefited from the 9 per cent VAT rate applied to other players in the tourism sector.

While Christmas offers a small boost to rental companies, bookings are little more than a “trickle”, Mr Redmond said. Still, just as restaurants have had to keep their prices up, Mr Redmond said consumers were unlikely to get a “cheap deal” over the Christmas period.

The cheapest vehicles available last minute from rental companies in Ireland for the week spanning December 23rd to 30th range from €327-€379. Cheaper deals would have been available if pre-booked well in advance, according to Aileen McCormack, chief commercial officer at Dublin-based car hire technology firm CarTrawler.

Ms McCormack appreciates that changing travel advice makes it difficult for people to plan ahead, but added that her “strong advice” to consumers was to book their car hire early and to shop around.

CarTrawler, which supplies car hire technology to airlines and other tourism businesses, has also seen its demand plummet by 70 per cent this year.

“It has been a pretty painful 12 months . . . The biggest restriction for us has been Government restrictions,” she said.

“Whether it is home for Christmas or abroad for a holiday, people are staying for longer periods. You are not going to go somewhere for two days if you have to do a Covid-19 test,” Ms McCormack said.

The company is also beginning to see a small uptick in demand, with car rental bookings beginning to come in for summer 2021, she added.

“We feel that leisure travel is going to bounce the hardest and people will be looking to rent cars and stay for longer . . . The message is that there is likely going to be stronger demand in 2021 for car rental,” she said, adding that private transport is likely to benefit over public transport due to the nature of the virus’s spread.

Mr Redmond is hopeful that vaccines due to come on stream will pave the way for a return for the rental car industry.

“We are hopeful that we might get the industry back to some level by July, but re-fleeting is going to be a big problem . . . For now these companies are just trying to survive.”