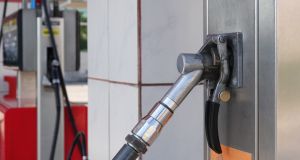 Waste company Panda is to invest €10 million in a fleet of greener vehicles fuelled by compressed natural gas as the company seeks to cut its carbon emissions.

The plan will see Beauparc-owned Panda commission 45 natural gas vehicles over the next three years, with Gas Networks Ireland coming on board to construct two new fillings stations in Dublin. The stations, which will be operational next year, will be operated by Panda Power and publicly accessible to both private and commercial vehicle owners.

One will be located in Ballymount near the N7 and M50, and the other in Finglas close to the N2, M50 and M1. Construction is expected to get under way next summer.

“Sustainability is at the heart of our business and this is a significant step for our company that will keep us at the forefront of industrial environmental excellence,” said Brian Bolger, group fleet director at Panda. “The partnership with Gas Networks Ireland is transformative in allowing us to realise our ambitions in delivering this green fleet.”

CNG is natural gas compressed for use in a natural gas vehicle’s tank. It is considered particularly suitable for use in commercial vehicles, and can reduce carbon emissions by over a fifth compared to traditional fuels, while also reducing other harmful emissions significantly.

“Ireland’s transport emissions continue to rise, while this is the byproduct of much welcomed economic and employment growth, as a country we face significant challenges to meet our emission reduction targets,” said Ian O’Flynn, head of commercial and corporate affairs at Gas Networks Ireland. “Gas Networks Ireland is leading the development of this new, cleaner transport network, to support Ireland in reducing its carbon emissions and to give Ireland’s fleet operators sustainable energy options.”

The gas-powered fleet is another step in Panda’s efforts to cut its emissions; the company has also invested €1 million in five fully electric material handlers in place of diesel-powered machines in its recycling processing plants over the past 18 months.

1 What to consider if older person or loved one needs care at home
2 Fair deal? Family at odds with hospital and each other not so sure
3 ‘Essential’ retailers risk a firestorm if they exploit the closure of the ‘non-essential’
4 Covid-19 has shown that much of ‘normal’ life should have been binned years ago
5 Telcos seek tax relief on spectrum to fuel further 5G investment
6 Level 5 restrictions risk pushing economy into double-dip recession
7 Ryanair and Eir the worst for customer service during Covid crisis
8 INM inspectors write to former directors in ‘inside information’ inquiry
9 PlanNet21 eyes further acquisitions after buying rival eCom
10 INM investigation, mandatory pension stalls again and streaming wars
Real news has value SUBSCRIBE