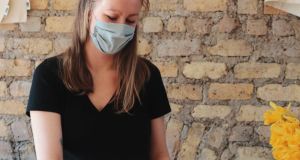 Payments technology company Square, which is led by Twitter chief executive Jack Dorsey, is to begin offering its services to Irish customers, launching an early access programme that provides an integrated suite of tools to sell in-person and online.

The programme will have a limited number of spaces for SMEs. The company, which enables its customers to set up online shops, take card payments in person, access earnings faster and manage inventory, is planning to make its services more widely available later in the year.

Square’s services are used by millions of businesses around the world, but this programme marks the first time they are available to Irish merchants. The company’s European headquarters are located in Dublin, with the company operating quietly here since 2016.

Square launched in 2009 in the US. Although the company is already active in Canada, Japan and Australia, and launched its services in the UK in 2017, it had yet to make an attempt on the wider European market. But it wasn’t the pandemic that triggered the launch.

“There’s always been an aspiration to launch into Europe, ” said Jason Lalor, executive director with Square Europe. “But there’s always competing priorities, such as getting those other international markets stood up, for example.

“We always take a very considered approach when it comes to Europe because every market is different and you’ve got to treat each market on its own merit. The fact that we were already in Ireland as a corporate HQ, it makes total sense to me that this is where we would start, I’m very proud of that fact.”

Square has an e-money licence from the Central Bank of Ireland, which allows it operate elsewhere in Europe.

“The second thing was to ensure that legally we could passport into Europe,” Mr Lalor said. “Probably the most important thing to me though is that this is the home of small business for me in Europe. We think there is a landscape here in the business side that resonates with our core mission of economic empowerment.”

Although launching in the current difficult conditions may not be ideal, Mr Lalor said Square wasn’t complacent, and was respectful of the tough conditions facing businesses at the moment.

“I don’t think our sellers have needed options as much as they’ve ever needed options right now,” said Mr Lalor. “And I think we’re best served to bring that. I firmly believe the omni channel nature of our products will help these businesses.”

The solution has already been beta-tested by some clients in Ireland, including Lennox Street Grocer.

“Since starting with Square we have been able to unlock big improvements for our business, from e-commerce to payments,” said Chris Arnold, owner of the business. “In addition to their fair, transparent pricing, we’ve been really impressed with the ability to have fractional quantities in our point of sale, and the increased transaction speed for tap payments; both make it easier for our buyers to check out both in-store and online, so we never miss a sale. Using the lockdown to switch to Square was a smart choice as we look to the future and post-pandemic growth.”

Noel Smyth seeks €8.5m for south Dublin site with planning for 200 apartments 06:00
Core Industrial seeks €170m from sale of Dublin logistics assets 06:00
New era for Kilkenny Group as Marian O’Gorman steps down after 22 years 05:45
The Naked Collective bags Oscar for its healthy drink 05:30
Everyday banking: Are we getting less but paying more? 05:25