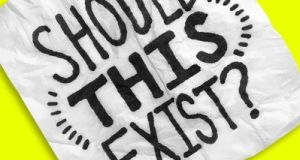 Caterina Fake is a Silicon Valley veteran, Flickr co-founder, and investor with AI-focused VC firm Yes VC. She is also the host of this recently-launched podcast on how new technologies impact upon our lives. Each episode of Should This Exist takes a particular piece of software, app or other technology and asks a panel of guests to weigh in on its pros and cons.

This technology could help users by anticipating their needs based on emotional state, for example, give you more interesting streaming entertainment suggestions if you appear bored. But it could also be used by advertisers to manipulate consumers at vulnerable moments in their lives.

As Fake says when contemplating this and other tech: “I believe that the boldest new technologies can help us flourish as human beings or destroy the very thing that makes us human. It’s our choice.”