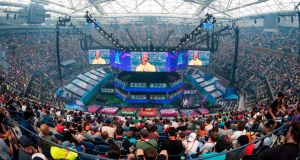 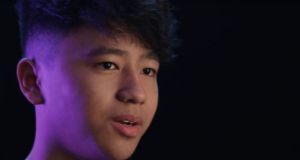 Joshua Juliano (17) battled 99 other professional video-gamers, some as young as 12, to win a share of the $30 million prize pool.

A disappointing start meant Juliano, who goes by the gamertag Lolboom, finished on 12 points and outside the big prize money; the tournament – the most lucrative e-sports event in the world – instantly made its top four finishers millionaires.

With more than 250 million players, Fortnite: Battle Royale has become one of the most popular video games in the world since its launch in 2017. The World Cup represents the title’s entry into the lucrative world of professional games tournament circuits, where revenues are set to pass $1 billion this year, due to increasing sponsorship, advertising and broadcast rights.

Fortnite is a colourful shooting game where 100 players fight it out across a large map while building structures and collecting weapons. The last one standing wins.

Juliano was one of 100 players to make it to the final event in New York on Sunday night following 10 weeks of qualifiers which attracted more than 40 million competitors.

Speaking last night after the tournament, Joshua said he had mixed feelings. “Obviously I’m really hyped I got to participate against the top 100 players in the world but also I’m quite disappointed with how I performed because I believe I can do better,” he told The Irish Times.

His next step is to find a place on a professional e-sports team, but he also wants to focus on studying for his Leaving Certificate which he is sitting next year. “I want to have a backup in case this doesn’t work out.”

The teenager said he has no plans for the prize money except maybe a family holiday.

The competition drew thousands to the Arthur Ashe Stadium in New York, while millions watched online. Different events included a duo competition for pairs and a “creative” tournament where teams of four aim to complete different in-game trials.

One British teenager, who won more than €1 million at the event after coming second with his Dutch team-mate in a duos round, said he was happy to have shown his mother that he was not just wasting time in his bedroom. Jaden Ashman, from Essex, told the BBC he practises as much as eight hours a day.

Prior to the event some of the top competitors spoke at a press conference about playing Fortnite competitively. Another UK teenager, David Fish (15), who plays under the name Benjyfishy, said: “I am still furthering my education; I get home schooled. It seems that a lot of people think I’ve dropped school, which I haven’t. I still keep on top of my work and still study, just at home. It’s a lot easier for me at home, because when I had to go to regular school, I used to have trouble with getting enough sleep. I would stay up late practising, but it’s a lot easier now.” He told ESPN that if he wins, he will buy a house for his family.

Paul Leaman, vice-president of gaming accessory firm HyperX, said the size of the Fortnite event was a demonstration of the growth of the video games industry. He said: “The Fortnite World Cup is a great event to showcase the evolution of the gaming industry. The amount of prize money on offer is a clear indication of how much growth and respect the industry has rightfully gained.

“With events like the Fortnight World Cup, the focus is not solely on the game itself, but it is a platform to showcase the entire gaming ecosystem. Gaming peripherals, major sponsors, superstar personalities and the wildly popular battle royale genre will all be in the spotlight during the World Cup – all of which is a major coup for the industry.” – Additional reporting: Guardian/PA

1 Who are Ireland’s 17 billionaires?
2 Fianna Fáil may have just pressed the pause button on the property market
3 Are there annual limits on inheritances or gifts to a child?
4 My father in a nursing home wants to gift me his house
5 Prime Dublin 4 apartment portfolio for €8m
Real news has value SUBSCRIBE