Life insurance cover for men 65% higher than for women 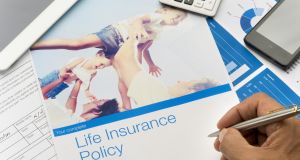 Life insurance cover for men is 65 per cent higher than for women on average, a study by insurer Royal London has found, highlighting a considerable discrepancy between sexes when it comes to financial protection.

Analysis of non-mortgage related cover found that the average sum assured on a life assurance term policy between 2015 and 2019 for women was €179,604. For men, the average over the same period was €297,022.

“Such a big difference makes you wonder, what are the reasons behind why men seem more likely to insure their lives for a higher amount than women?” said Sara Murphy of Royal London, a life, pensions and investments business based in the UK which sells business in the Republic.

Life insurance is generally taken out by people to ensure that their dependants will be provided for in the event of their death during the term of the policy.

Royal London noted that the average sum insured across the board over the past five years was €250,473, a payout which would be used to help maintain a family’s living costs in the event of the death of an earner in the household.

“Potentially, the gender pay gap could have a part to play. As could the fact that there are more women than men who categorise themselves as a stay-at-home parent, and may not take out sufficient, if any, life cover,” said Ms Murphy.

The gulf in life cover between men and women is also evident when it comes to serious illness cover, the insurer says, although the gap wasn’t as wide.

For serious illness cover, the average amount insured has fallen by 9.5 per cent for men over the past five years and 4.8 per cent for women.

1 How much state pension will I get next year?
2 Up or down – how much is your Local Property Tax this year?
3 PTSB plays down Ulster Bank talk as it sells €1.4bn of loans
4 Housing crisis will be permanent unless there is radical rethink, industry warns
5 Irish tech company Asavie acquired by Nasdaq-listed Akamai
6 Am I crazy to consider switching to an Ulster Bank mortgage?
7 Ghost newspapers and zombie brands are stalking the media
8 Disposable income in Ireland rose 28% between 2012 and 2019
9 How long can Government afford to keep State pension age at 66?
10 Oxford Covid vaccine trials offer hope for elderly
Real news has value SUBSCRIBE
Save money on international transfers