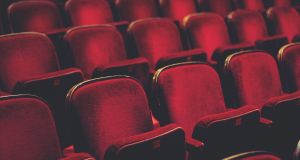 Virgin Media Discovers: As part of the €150,000 total prize pot, a shortlist of 10 entries will receive €9,000 each for the development of their script, while two scripts will win €30,000 each to fund the production of a 10-minute short film.

Director Lenny Abrahamson and screenwriter Lisa McGee are among the judges on this year’s Virgin Media Discovers short film competition, the broadcaster has announced.

The scheme has been significantly expanded in its second year after Screen Ireland came on board to partner Virgin Media. As part of the €150,000 total prize pot, a shortlist of 10 entries will receive €9,000 each for the development of their script, while two scripts will then win €30,000 each to fund the production of a 10-minute short film.

Joining Derry Girls creator McGee and Abrahamson – the director of Room, Garage and television drama Normal People – are IFTA award-winning actor Niamh Algar and the screenwriter and executive producer Ursula Rani Sarma, who has written for Red Rock and Delicious.

Virgin Media Television director of content Bill Malone said “the cliche of Ireland punching above its weight” was true, but the industry was “very conscious” of the need for more investment in development funding if it wants to sustain a pipeline of opportunities for Irish talent. “I’m delighted to see Screen Ireland step up to the plate.”

Some entries “could end up being the kernel of an idea that becomes something else”, he added.

The competition is open to new, emerging and established talent and has a closing date of November 30th. The two winners will be broadcast on Virgin Media Television, made available on Virgin’s on-demand platform and will also form part of next year’s Virgin Media Dublin International Film Festival (VMDIFF).

“Obviously we will have to wait and see what form the film festival can take in the Covid era. It depends on so many factors all outside of our control,” said Mr Malone, who also sits on the judging panel, with Screen Ireland television project manager Andrew Byrne and VMDIFF festival director Gráinne Humphreys completing the line-up.

The competition will help to encourage and support creative film-makers in a difficult period, said Abrahamson. “In the best of times it can be very tough for film-makers to get their ideas realised and out in front of an audience. This year, as we battle through a global pandemic, the challenges are huge.”

McGee said she was looking forward to highlighting fresh Irish film-making talent. “I can’t wait to get my hands on the scripts.”