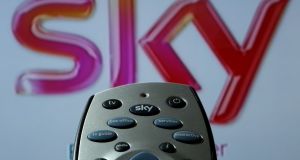 Revenues at European pay-TV company and broadcaster Sky fell 4.2 per cent on a constant currency basis to $18.6 billion (€15.4bn) last year, but there were signs of a turnaround across the business in the fourth quarter, earnings figures from its US parent Comcast show. The drop in revenue in the fourth quarter was limited to 0.9 per cent.

Sky’s direct-to-consumer revenue continued to decline, which Comcast said primarily reflected lower revenue from hospitality businesses due to the impact of Covid-19. However, content and advertising revenue both grew in the quarter.

Over the course of 2020, Sky’s direct-to-consumer revenue fell 3 per cent to $15.2 billion, while content revenue declined 4.9 per cent to $1.37 billion and advertising dropped 12 per cent to just under $2 billion.

Sky has 23.9 million customer relationships across the UK, Ireland, Italy, Germany, Austria and Switzerland, a figure that was down only slightly on the 2019 figure as growth “encouragingly” returned across its markets in the fourth quarter.

Comcast does not break out separate figures for the Irish market, but research company Nielsen estimates that Sky has 661,000 subscribers in the State, where it employs about 1,000 people.

Comcast, which also owns US media and entertainment group NBCUniversal, also said its new US-based streaming service Peacock now has 33 million subscribers. Peacock is not expected to launch in the markets where Sky operates.

Sky was taken over by Comcast in 2018 after seeing off a rival bid from Rupert Murdoch’s 21st Century Fox.