Third of Irish people have experimented with digital audio since March, says Core 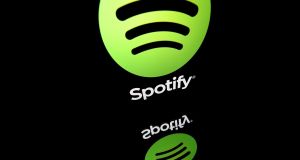 More than a third of Irish people experimented with new ways of listening to music, digital radio or podcasts as the pandemic prompted changes to their daily routines, research by marketing group Core has found.

Some 38 per cent of the 1,000 adults surveyed said they had tried at least one audio streaming service for the first time since the advent of Covid-19 restrictions, which had the effect of denting the amount of time people spent listening to car radios.

Lower levels of morning commuting have shifted the consumption of digital audio to later in the day in 2020 compared with 2019, Core said. Use of smart speakers is also believed to have surged this year, although the majority of digital audio listening still takes place via mobile and tablet devices.

A third of the adult population – or about one million adults – have listened to podcasts in recent times, Core’s Listen Up report found. But, significantly, almost half of these listeners have taken up the podcast habit since March.

While some of the most popular podcasts in the Irish market are radio programmes made available for digital catch-up, it will be “key” for radio brands to “adapt even further” to the preferences of younger generations, Core added.

Many listeners initially flocked to radio for news and information as the pandemic unfolded in the spring, but Covid-19 “overload” eventually motivated people “to find music and chat elsewhere”.

The radio industry’s Joint National Listenership Research (JNLR), a massive survey normally conducted face-to-face in people’s homes, was suspended as a result of the pandemic, but the last published survey, relating to 2019, found 3.6 million people aged 15-plus listened to radio every week. This suggests that Irish radio stations retain a much bigger reach than internationally owned audio services.

However, more than a million Irish people listen to music streaming services, with the Swedish-owned Spotify leading the pack and “reaching the mainstream”, according to Core.

Close to 1.3 million people are thought to have tried Spotify’s free ad-funded service in the past, although this figure gives no indication of the frequency of their listenership. Some 900,000 people have accessed Spotify’s premium service at some point, with about 640,000 of these being actual subscribers.

“While national music radio stations such as Today FM or RTÉ 2FM have a weekly reach of over 800,000, these estimated figures are worth considering as listeners begin to curate their own music playlists,” Core said.

Spotify’s younger rivals, Amazon Music and Apple Music, are relative “afterthoughts” in the Irish market. However, Amazon Music, which was launched in Ireland in January 2018, is estimated to have been trialled by about 370,000 Irish adults, and the five-year-old Apple Music by as many as 500,000.

4 Is owning a home a pipe-dream for the young?

6 The trillion dollar question: what does a trillion look like?

9 The Irish Times Business Person of the Month: Steve Cutler