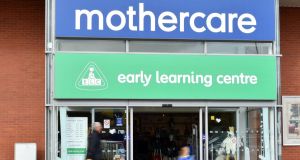 European shares advanced on Monday, amid signs that the US and China could soon put to rest a damaging trade war, with a better-than-expected set of figures from Ryanair serving to add fuel to the Iseq’s advance in Dublin.

Signals from Washington and Beijing that they had made progress towards resolving a nearly 16-month-long trade war that has roiled the global economy served to push equities higher.

“Of course, we’ve had plenty of warm words before that have delivered very little, but things seem to finally be moving,” said analyst Craig Erlam.

Ryanair jumped 8.5 per cent to €13.44, enjoying its best day in almost five years, as analysts prepared to raise their full-year forecasts for the budget carrier after it reported consensus-beating first-half profits.

Smurfit Kappa was also in demand, gaining 4.9 per cent to €32.10. The paper packaging manufacturer is a key Irish market play for investors on international trade.

Financial stocks also advanced, with Bank of Ireland moving 3.5 per cent higher to €4.50, PTSB adding 0.9 per cent and AIB, which is scheduled to release a trading update on Tuesday, gaining 0.8 per cent.

Bucking the trend, Flutter Entertainment lost 2.9 per cent to €92.10, as the wider gambling sector was hit by a recommendation from a UK parliamentary group that the government there should limit online betting stakes and prizes.

The Ftse 100 surged nearly 1 per cent to as heavyweight banks, miners and oil stocks were driven higher by hopes of a trade deal between the United States and China.

Baby products retailer Mothercare, which has shut a third of its British shops in the past year and lost nearly half its share value this year, sank another 26 per cent after saying it intended to appoint administrators for its UK operations.

US commerce secretary Wilbur Ross said on Sunday that licences for US companies to sell components to China’s Huawei Technologies would come “very shortly”, adding there was no reason a trade deal could not be on track to be signed this month.

Analysts also pointed to a looming decision on US tariffs on European goods due next week.

Auto stocks rallied 2.9 per cent, powered also by reports that Fiat Chrysler and Peugeot owner PSA aimed to sign a final merger agreement as early as next month.

Siemens Healthineers jumped 9.5 per cent to a record high after it said it expected strong growth to continue next year following a better-than-expected fourth quarter.

Meanwhile, investors shrugged off weak manufacturing data from major European regions, even as the factory activity in the EU’s powerhouse, Germany, remained in recession in October.

It was the second consecutive session of closing records for the S&P 500 and Nasdaq, and the first closing record for the Dow since July.

Optimism about progress with China after Friday’s market highs is “making it easier for investors to continue buying and climbing a wall of worry,” said Michael James, managing director of equity trading at Wedbush Securities in Los Angeles.

1 Brother is dragging his heels as executor of uncle’s will - is there anything I can do?
2 Irish whiskey sales near milestone of 12m cases a year
3 The lockdown was overkill but justifiable in an information vacuum
4 Stocktake: Has Warren Buffett lost the magic touch?
5 Should my mam wait for house prices to drop before buying?
6 Deloitte expands into cloud computing with deal for DNM
7 Global stocks climb near three-month highs as rebound hopes grow
8 Apple tax case: Four individual lawyers paid over €500,000 each
9 What incentives are on offer for first-time home buyers?
10 Parts of Brown Thomas and Arnotts to reopen next week
Real news has value SUBSCRIBE