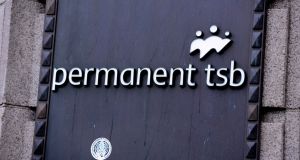 European shares powered ahead on Tuesday as concerns over a trade war between the US and China abated, with Permanent TSB standing out as a strong spot in Dublin amid reignited hopes that it will be able pursue a politically-palatable non-performing loans sale.

The pan-European Stoxx 600 index gained 1.2 per cent, with all sectors rising, scoring its best day in six weeks, while Germany’s DAX led with a 1.6 per cent rise.

Equities came under pressure last week on the back of worries over escalating global trade tensions after the United States planned tariffs on up to $60 billion (€48.3 billion) of Chinese goods, with exposed sectors such as basic resources hit hardest. However, hopes that tensions could ease were sparked by reports that Chinese and US officials were in negotiations to avert a full-blown trade war.

The Iseq index gained 1.1 per cent to 6,517.03, with Permanent TSB gaining 3.1 per cent to €1.98 to lead advancing stocks, amid hopes that the bank will be able to secure regulatory approval to reclassify €900 million of non-performing mortgages as performing loans. This would allow the bank to pull the planned sale of the loans and proceed with the disposal of a further €2.8 billion of bad loans, which is less politically contentious.

AIB, which is also in the middle of a sale of a non-performing loans portfolio, added 1.5 per cent to €4.70.

Kerry Group gained 2.1 per cent to €81.45, with Davy analysts highlighting how the group’s fast-growing Asian flavour and food ingredients business is well placed to benefit from news of strong Chinese catering industry data.

The FTSE 100 closed 1.5 per cent higher, rebounding from its lowest level in more than a year, as risk assets breathed a sigh of relief on signs that a global trade war could be averted.

Heating and plumbing products supplier Ferguson posted the best performance, up 6.7 per cent after it reported a rise in first-half profit and proposed a special dividend and share consolidation of about $1 billion.

GlaxoSmithKline rose 4.8 per cent after the pharmaceuticals group agreed to buy Novartis’s stake in their consumer healthcare joint venture for $13 billion.

French retailer Casino shares jumped 3.7 per cent after its grocery chain Monoprix said it would start selling its products to Parisian customers through Amazon’s Prime Now service this year.

A 5 per cent fall in Swedish fashion retailer H&M shares also dragged retail stocks down as the firm flagged that it will have to make further markdowns to shift $4 billion of accumulated unsold stock.

Akzo Nobel shares gained 3.5 per cent after the paint maker sold its specialty chemicals business to US private equity firm Carlyle Group and Singapore’s GIC for €10.1 billion and said the bulk of the proceeds would go to shareholders.

Elsewhere, Zurich Insurance rose 1.5 per cent, scoring its biggest two-day gain since June 2016 amid vague takeover chatter. Zurich was not immediately available for comment on the share price move.

Wall Street shares were higher in early afternoon trading, building on strong gains from the previous session on waning fears of a trade war between the United States and China.

Still, Facebook shares continued to get hammered. The company faces an investigation by the US Federal Trade Commission to explain how it allowed data of 50 million users get into the hands of a political consultancy.

Twitter fell 5.7 per cent after short-seller Citron Research said it was short on the stock, adding that the company was “most vulnerable” to privacy regulations.