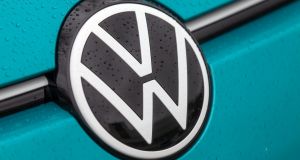 Volkswagen reached an agreement with German consumer group VZBV to settle claims from hundreds of thousands of diesel-car owners on its home turf who argued that their vehicles lost value in the wake of the emission-cheating scandal.

It comes as the group said full-year operating profit had risen 22 per cent to €16.9 billion thanks to strong sales of higher-margin cars and lower diesel charges, defying an industry downturn that has cut the earnings of rivals. VW will increase its dividend by 35 per cent.

VW agreed to pay €830 million as part of the settlement, the company said Friday in an emailed statement.

The pact represents “a fair and verifiable settlement solution”, VW legal chief Hiltrud Werner said in the statement. The company “will now do everything in our power to offer and make the one-time payments as quickly as possible”, she said.

More than 400,000 drivers signed up for the German test case, filed under a new law introduced in the wake of the scandal.

The financial fallout from the diesel emissions scandal has so far cost the group €30 billion in fines and other expenses. – Bloomberg