US authorities close to criminal settlement with VW

Deal likely to include a guilty plea to felonies coupled with a fine, say former prosecutors 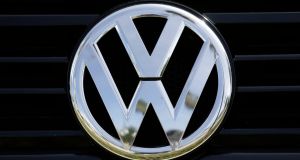 Any negotiated agreement between VW and the US Department of Justice is likely to require the company to plead guilty to multiple felonies.

After more than a year of legal wrangling over Volkswagen’s self-confessed emissions cheating, US prosecutors are hoping to reach a criminal settlement with the German carmaker before the Obama administration leaves Washington.

Such a deal would be a milestone in VW’s efforts to draw a line under the diesel emissions scandal – the worst crisis in the company’s 79-year history.

Any negotiated agreement between VW and the US Department of Justice is likely to require the company to plead guilty to multiple felonies, pay a hefty financial penalty and accept supervision by an independent monitor, say several former prosecutors.

VW could face charges including criminal violations of the US Clean Air Act, making false statements to authorities and conspiracy to commit fraud, add the former prosecutors.

The company appears to be heading for a criminal fine under federal environmental laws that is second only in size to BP’s $4 billion (€3.8 billion)payment over the Deepwater Horizon oil spill in 2010, says Daniel Uhlmann, former head of the DoJ’s environmental crimes section.

“Volkswagen has been dead to rights in terms of criminal exposure since this controversy began,” says Mr Uhlmann. “The only question for the company is the terms of its surrender.”

Arndt Ellinghorst, an analyst at Evercore ISI, says the “base case assumption” in his VW estimates is that the company pays a $3 billion criminal fine.

Federal prosecutors are believed to be eager to conclude a settlement with VW before January 20th, when Donald Trump becomes US president, and changes are made to the DoJ’s leadership. VW said it was co-operating with the US authorities, but declined to comment further. The DoJ declined to comment.

There are multiple investigations into the VW scandal taking place across the world, but the probes in the US are regarded as the most important.

The US Environmental Protection Agency uncovered VW’s wrongdoing, disclosing in September last year that the company had fitted about 500,000 diesel cars with cheat software dubbed a defeat device that meant the vehicles understated emissions of harmful nitrogen oxides in official tests. The US has some of the toughest laws globally to limit such emissions.

The scale of the affair became clear shortly after the US revelations, with VW saying that up to 11 million diesel cars worldwide had similar cheat software.

In June, VW reached a partial civil settlement in the US with federal and state authorities that could cost the company up to $15.3 billion, with much of the cost resulting from an offer to buy back the diesel cars fitted with defeat devices.

The US civil litigation is not finished. A federal court hearing in San Francisco on a potential settlement involving 80,000 of VW’s larger 3.0-litre diesel vehicles is scheduled for today. If the company must repurchase those cars, including expensive vehicles made by its Audi subsidiary, VW could spend an additional $2.5 billion, says Mr Ellinghorst.

Meanwhile, in the criminal case, even though VW admitted wrongdoing early on in the affair, it may be difficult for it to agree a “statement of facts” with the DoJ about what actually occurred.

Negotiations over the wording of the statement are likely to be fraught, as VW fears that any concessions it makes could open it up to additional costs outside the US. Once the document is made public, the company is legally bound by it. “You have to underwrite it with your blood,” says one VW insider.

Prosecutors could announce charges against individuals involved in the emissions cheating at the same time as any settlement with VW, or later.

VW suggested last year that only a handful of rogue employees had been responsible for the cheating, but Eric Schneiderman, the New York state attorney-general, said in July that it involved “ dozens of employees at all levels of the company”.

In a civil lawsuit, Mr Schneiderman alleged that Matthias Müller, VW’s chief executive, was party to discussions in 2006 that highlighted difficulties in getting certain of the company’s diesel cars to comply with US emissions rules, and ultimately led to the use of the defeat devices.

These deliberations allegedly happened while Mr Müller was a project manager at Audi, and Mr Schneiderman did not accuse Mr Müller of knowing about the devices, or authorising their use. VW declined to comment on Mr Schneiderman’s lawsuit.

But a suit against VW brought by US car dealers, which resulted in a $1.2 billion settlement in October, alleged that five former managers, including ex-chief executive Martin Winterkorn, had played “central roles” in the affair.

James Robert Liang, a VW engineer, in September became the first person to plead guilty to criminal charges, including conspiring to defraud US customers and regulators. He agreed to co-operate with prosecutors, and Daniel Nixon, Mr Liang’s lawyer, described him as only “one of many people at Volkswagen who got caught up” in the cheating.

“It goes to what was the very top . . . This is not a case of two or three isolated engineers who thought this up on their own,” says Doug Parker, who led the Environmental Protection Agency’s VW probe before retiring in March.

If a criminal settlement with the DoJ is not finalised before the US presidential transition, the case is expected to continue, even though the agency under Mr Trump is likely to be more business-friendly compared to Barack Obama.

Peter Anderson, a former DoJ prosecutor, says: “From the time of the initial admission last September, the company has known they would plead criminally . . . This case is not one that anyone’s going to go soft on.”

Moreover, the investigations into the scandal are far from over. State prosecutors in Braunschweig, Germany, near VW’s headquarters, say 31 individuals are under investigation in four probes.

One investigation into whether VW should have informed investors about the scandal weeks or even months before it did in September last year is looking at the actions of Mr Winterkorn, chairman Hans Dieter Pötsch, and VW brand head Herbert Diess.

1 What is Covid Tracker Ireland? The HSE’s new app explained
2 British holiday home rental company exits Irish market
3 Ireland’s economy forecast to shrink 8.5% due to Covid-19 pandemic
4 Will family’s tax debt stop me getting my inheritance?
5 Why gift a son now if it eats into his tax-free inheritance threshold?
6 How to save money while helping to save the planet
7 TikTok to quit Hong Kong mobile market ‘within days’
8 Finance union pushes for post-lockdown rules on home working
9 Poverty could afflict more than one-in-five children in State by year end
10 Can we finally say farewell to the scourge of hot-desking?
Real news has value SUBSCRIBE