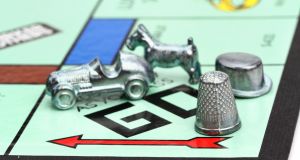 Toymaker Hasbro missed analysts’ estimates for quarterly revenue and profit on Monday, as the demise of major retail partner Toys ‘R’ Us hurt sales in the US and Europe, sending its shares down 9 per cent in early trading.

Investor expectations were high going into the quarter after chief executive Brian Goldner and Wall Street analysts indicated that Hasbro may mitigate some of the loss from the toy retailer’s bankruptcy in the second half of the year.

However, Hasbro reported a 7 per cent drop in quarterly sales in the United States and Canada to $924.2 million (€805.5 million), due to the loss of Toys ‘R’ Us revenue and an inability to meet shipping demands of other retailers.

Hasbro and rival Mattel have scrambled to find new avenues to sell their products following the sudden collapse of Toys ‘R’ Us, once the world’s largest standalone toy retailer, last year.

The drop in Hasbro’s international sales was much steeper. The 24 per cent fall was also due to changing consumer shopping trends.

The industry’s traditional players have also been rattled in recent years by thousands of manufacturers selling on Amazon. com and other ecommerce sites, as well as children preferring electronic games over physical toys.

Hasbro has looked to cushion the blow from these headwinds by partnering with movie studios such as Marvel and Disney, as well as picking some of its properties and translating them to successful television shows, movies and online videos. The biggest example being the Transformers franchise.

But sales in Hasbro’s franchise brands, which also include Monopoly and Nerf toys, fell 5 per cent, partly due to the absence of a new Transformers movie release in the quarter.

The company also said on Monday it was restructuring its business, which would include job cuts and result in charges of $50 million to $60 million in the current quarter.

Shares of were down 7.2 per cent at $91 before the bell on Monday, while those of Mattel were down nearly 3 per cent.

Hasbro’s shares have gained about 8 per cent since the start of the year, while Mattel’s have dropped over 7 per cent. – Reuters