Ireland among the easiest places in world to do business – report

Curacoa, the Dutch Caribbean island, is the easiest place to do business, says index 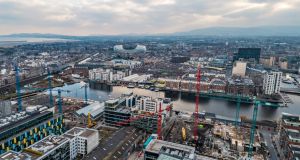 Ireland is the eighth least difficult place in the world to do business, according to TMF Group’s Global Benchmark Complexity Index.

Of 77 locations surveyed in terms of complexity of doing business, Ireland is ranked 70th, easier than other countries apart from the likes of the United States, Denmark, the Netherlands, Jamaica and El Salvador. Curacoa, the Dutch Caribbean island, is the easiest place to do business, according to the report.

Indonesia is ranked as the most complex location, followed by Brazil, Argentina, Bolivia, Greece and China.

Ireland’s participation in the Organisation for Economic Cooperation and Development (OECD) effort to reduce tax avoidance, its membership of the EU, anti-money-laundering laws, and position as a “highly digitised jurisdiction” counted in its favour, according to the report.

“The Republic of Ireland has a strong history and culture of welcoming foreign countries,” the report said.

It added: “The Irish government assumes that tax returns are submitted correctly. The tax authorities review tax returns submitted through the online system and audit businesses only where there are inconsistencies or problems. This eliminates unnecessary audits.

A survey published last week by the IMB business school in in Lausanne, Switzerland, puts the State in 12th place overall, down from 7th a year ago, among the world’s most competitive economies.

The 2020 edition of the IMD survey, which is widely acknowledged as one of the most reputable barometers of international competitiveness, notes a sharp decline in the Republic’s economic performance, due to lower international investment and high prices.

IMD’s report highlights a number of challenges for the Republic in remaining competitive, including the impact of Covid-19, a risk of an increase in structural unemployment, a global economic recession, an escalation of trade protectionism, and Brexit.