Acquisition estimated to be worth up to €60m, with most of that payable upfront 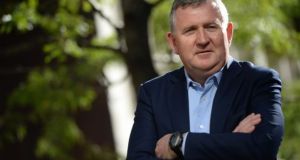 Medical supplies business Uniphar is to acquire Ireland’s largest family-owned pharmacy chain, Hickey’s, in the latest expansion of its business.

Uniphar, which listed in Dublin and London in a €139 million flotation last July, made the announcement as it revealed it had performed in line with expectations in the first six months of the year.

The acquisition will add 36 community pharmacies to Uniphar’s existing network, increasing its retail pharmacies to 335. Most of the Hickey’s outlets are in Dublin but it also has a presence in Cork, Meath, Louth, Kildare and Wexford.

No financial details have been disclosed but it is estimated the value of the overall transaction amounts to as much as €60 million, with most of that payable upfront.

The transaction represents a great deal for the Hickey family, which established the business in 1995.

Uniphar has been on the acquisition trail since it floated with transactions that include buying EPS Group and M3 Medical for a combined €40 million in November. It also bought Innerstrength Health earlier this year for a reported €8 million and last month it completed a £24 million deal for Durbin, a specialist supplier of pharmaceuticals based in the US and UK.

“This looks like a sensible tuck-in deal that complements their existing business and is in line with the strategy as outlined at IPO time,” said Noel O’Halloran, chief investment officer at KBI Global Investors in Dublin.

In its results, Uniphar said revenue rose 8.8 per cent in the first half of 2020 to €871.3 million. Pretax profit was almost 9 per cent higher at €16.4 million, with earnings before interest, tax, depreciation and amortisation (Ebitda) up 12.6 per cent to €30.2 million.

“We have delivered a strong set of results for H1 2020 in a difficult operating environment, achieving gross profit growth across all our divisions and 5 per cent organic gross profit growth at a group level, while maintaining a strong liquidity and net cash position at the end of the period,” said chief executive Ger Rabbette.

“Our investment in digital solutions, combined with diversity in our product and services lines, has helped mitigate the impact of Covid-19 on our business and positions us well into the future.”

The group has previously said it intended to double Ebitda within five years of its listing.

Uniphar reaffirmed its warning from May that the coronavirus pandemic could cut 2020 earnings by €5 million. A few months prior to this though it saw a “significant spike in demand” across its business as Government and the healthcare industry ramped up preparations for a surge in Covid cases.

The Hickey’s acquisition is expected to be be earnings accretive from completion. The independent pharmacy chain is one of the largest in the Republic, having opened its first outlet in the Northside Shopping Centre in Dublin in 1995. It employs more than 350 people.

Hickey’s Pharmacy Limited, the part of the group that discloses financial performance, recorded revenue of €27.2 million for the 12 months to February 28th, 2019 in its most recently published results, with an operating profit of €2.4 million.

Two years ago the group announced plans to double in size by 2022 with plans to have 60 outlets nationwide.