Supply of Covid vaccine doses held up by manufacturing delays 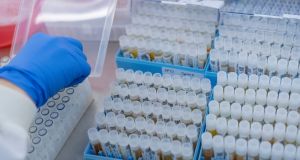 A vaccine considered one of the world’s best hopes for combating coronavirus has become the second to be hit by manufacturing delays.

The UK government’s vaccines task force acknowledged that just four million doses of the vaccine developed by Oxford university and AstraZeneca would be delivered this year. And they will all be imported from the Netherlands and Germany as plans for manufacture in England have been beset by delays.

Earlier in the year, the task force had said it envisaged production of 30 million doses in the UK by year-end.

News of the setback came as the UK became the first country to embark on a mass coronavirus vaccination campaign with a fully tested vaccine, with NHS hospitals on Tuesday beginning to administer 800,000 doses of the Pfizer/BioNTech vaccine, which received regulatory approval last week.

The rollout follows the disclosure that the US pharma company had also been affected by manufacturing difficulties. Pfizer has said the problems are being resolved and BioNTech has insisted that five million Covid-19 vaccines will be delivered to the UK this year.

Eighty million of the 100 million doses of the Oxford/AstraZeneca vaccine ordered by the UK government will be made in Britain.

However, that is half the number projected by UK ministers last month and people familiar with the government’s planning have suggested fewer than four million doses might actually reach the country this year.

An NHS document leaked to the Health Service Journal last month outlined an expectation that all Britons who wanted to be vaccinated would have received their doses by the end of April – although health officials had said the pledge was already out of date.

Downing Street on Monday said the “majority” of vulnerable people would be vaccinated in January and February, but refused to specify the number of people set to be vaccinated within that timeframe.

It added that two additional vaccines – one developed by US biotech Moderna, as well as AstraZeneca’s – were in the process of being assessed by regulators which could increase the number of doses available to the public.

About four million doses of the Oxford/AstraZeneca vaccine will be available in the UK for inoculation before the end of this year, if it receives emergency authorisation from the UK regulator, the Medicines and Healthcare products Regulatory Agency, as expected.

But leaders of the government’s vaccines task force said initial supplies would be imported from continental Europe – like the Pfizer/BioNTech vaccine approved by the MHRA last week.

The original plan was for all British doses to be produced through a supply chain set up by Oxford university and AstraZeneca in the UK. The vaccine is manufactured on their behalf by two biotech companies, Oxford BioMedica and Cobra Therapeutics, and filled and finished by Wockhart in Wrexham.

“There have been some [UK manufacturing] challenges,” said Ian McCubbin, the task force’s manufacturing lead, at a press briefing on Monday. “That’s why there is a little delay in the delivery of the doses.”

AstraZeneca said it was using a continental facility initially because it had booked capacity there “which we wanted to use rather than waste”, not because of problems at the British sites.

The company and the vaccines task force said they expected UK-made supplies to start flowing smoothly early in the new year. Mr McCubbin said at least 80 million of the 100 million doses of the Oxford/AstraZeneca ordered by the UK government would be made in Britain.

As vaccination begins, the UK said it plans to test the currently approved shot from Pfizer/BioNTech in combination the Oxford/AstraZeneca vaccine. Studies aimed at determining whether using the two jabs together can enhance immunity are planned for next year, according to the UK vaccine taskforce.

Approval for the Oxford/AstraZeneca vaccine are expected this month in the UK. That would set the stage for the combination trials, which will involve initial shots from either of the two vaccines, followed by a booster jab with the other.

“These will be relatively small studies,” Clive Dix, taskforce deputy chairman, said at a press briefing. “They’ll only be with the approved vaccines.” – Copyright The Financial Times Limited 2020/Bloomberg