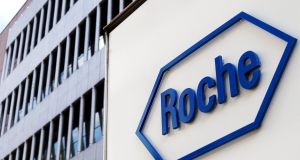 A cancer treatment called Tecentriq delayed the worsening of lung tumours when given together with chemotherapy and an older Roche medicine, Avastin. Meanwhile, a drug known as Hemlibra succeeded in a late-stage study of the biggest group of haemophilia A patients, putting the company in a position to shake up the $10 billion global market for treating the blood disorder.

Both trials are key metrics of whether Roche, the world’s biggest maker of cancer drugs, can rebuild its portfolio as its best-selling treatments face cheaper copycat rivals for the first time.

The shares rose 6.6 per cent to 245.30 Swiss francs by late afternoon Monday.