About 50 of the complaints relate to business interruption insurance, spokeswoman says 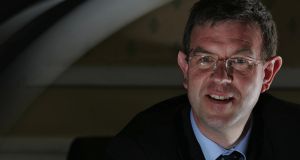 The Financial Services and Pensions Ombudsman (FSPO), Ger Deering, has received more than 200 complaints linked to the Covid-19 crisis from customers of financial firms. About 50 of the complaints relate to business interruption insurance, according to a spokeswoman for the ombudsman.

“Complaints concerning business interruption insurance are being progressed expeditiously by the FSPO. Every complaint must be considered by this office on its own individual merits, taking into account the particular contractual terms agreed between the parties,” she said.

The FSPO initially offers parties to a dispute a fast-track informal mediation service through an independent dispute resolution officer, which it aims to complete within 12 weeks. If a case is not resolved through this service, the complaint can then progress to a longer formal investigation which leads to a legally binding decision.

The global insurance industry’s widespread rejection of claims amid the pandemic under infectious diseases clauses in business interruption policies is one of the most contentious financial services issues to emerge from the crisis. Regulators have been pressing insurers to pay out where the wording of policies is ambiguous and open to interpretation. A number of test cases on this issue are in train in Ireland, including one between FBD Insurance and some pubs, set to be heard in October.

Another landmark test case involving the UK Financial Conduct Authority and eight insurers was heard in recent weeks, with a ruling expected as early as September. This could have implications in the State, given that a number of the insurers involved, including RSA, Zurich and Hiscox, operate in the Republic.

Separately, the ombudsman has warned consumers to be vigilant following reports of a scam. The FSPO has been informed that phone calls have been made, from what appears like a Dublin-based landline, by individuals claiming to be calling from Mr Deering’s office and arranging refunds of €3,000 for consumers who were “overcharged” by their bank.

“This is a scam and the individual has no connection whatsoever with the FSPO,” the ombudsman said. Anyone who receives a call of this nature should not engage with the call and should report this activity to their local Garda station, the FSPO said.

1 Irish household wealth jumps by 74% since last recession - report
2 ‘Tax war’ will hit Ireland if digital tax talks fail, OECD says
3 Should I switch bank now with Ulster Bank at risk of closing?
4 Will brother’s widow get half of our parents’ estate when they die?
5 Tánaiste urges businesses to brace for Brexit with 100 days to go
6 EU said to be leaning towards appealing Apple tax decision
7 House insurance: save yourself money by reviewing your policy
8 Tourism and aviation players demand that von der Leyen end EU travel chaos
9 Pallet manufacturer looks to imports as timber crisis takes root
10 New €2m telecoms research initiative described as a ‘game-changer’
Real news has value SUBSCRIBE