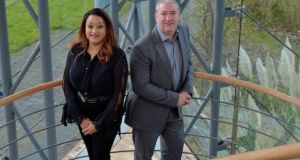 EML Payments, which announced a deal to acquire Irish fintech Prepaid Financial Services (PFS) late last year in a multimillion-euro deal, has secured a €105 million discount on the purchase price.

In a statement to investors, the Australian company cited “economic realities” brought about by the Covid-19 crisis as its primary reason for restructuring the deal.

Last November, the company said it would acquire the fintech founded by Co Meath couple Noel and Valerie Moran in 2008, in a deal priced at 453.6 million Australian dollars (€253 million). In addition, there was an earn-out component of about €60 million.

EML said on Tuesday that the up-front enterprise valuation had been reduced by A$189.1 million (€105 million), bringing the purchase price down to A$264.5 million, although the earn-out agreement remained unchanged.

Under the original terms of the deal, the couple would have netted a payout of about €260 million.

“The board of EML was committed to seeking a conclusion to the transaction, but on improved terms reflecting the economic reality of Covid-19 and the need to have a strong balance sheet with significant cash on hand and nil net debt,” said EML in a statement.

“The parties have worked collegially to restructure the transaction in order to best position the go-forward combined business,” it added.

PFS, which is headquartered in Trim, Co Meath, is one of Europe’s largest issuers of e-money and is now active across 25 countries. Aside from its Irish base, where it employs more than 140 staff, the company has offices in Malta, London and Manchester.

Mr Moran controlled 65 per cent of the company, while his wife had a 16.3 per cent stake. A further 11.5 per cent of Prepaid was owned by two other serving executives and a former one.

Prepaid said on Tuesday it was unable to comment on the revised deal as it had not been finalised.

New trading figures from EML show the Irish fintech has been trading ahead of expectations, with full-year gross debit volume (GDV) of A$3.01 billion, up 53 per cent on the prior year.

For the first two months of 2020, the group performed the upper end of EML’s initial acquisition case, delivering GDV of A$1 billion or an annualised run rate of about A$6.2 billion.

EML jumped 72 per cent on the news after the company’s shares were reinstated following a halt to trading due to the announcement of the Australian Stock Exchange.

1 Michael Smurfit: ‘I asked Trump to invite me to the White House for my 80th birthday’
2 Small businesses are cannon fodder in zealous anti-virus experiment
3 Household savings soar as consumers stop spending
4 ‘I’m so lucky to be in the Caribbean – a million miles from Derry Girls’
5 Irish business of Carluccio’s restaurants to be wound up
6 ‘The recovery needs to be a full-scale economic renewal’
7 Tax and the Pandemic Unemployment Payment: Your questions answered
8 ‘Never mind GDP; the most fundamental job of any leader is to keep his people alive’
9 Donohoe tweaks wage subsidy scheme so mothers returning from maternity qualify
10 Iput secures €200m in ‘green finance’ for delivery of new LinkedIn HQ
Real news has value SUBSCRIBE