Financial scams targeted 80% of people in past 12 months, says AIB 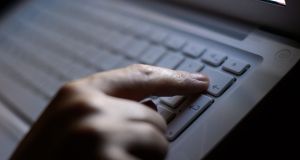 Four out of five people in Ireland have been targeted by financial scams within the past 12 months, having received either a text, call or email they believed to be fraudulent, according to a survey by AIB.

The survey, carried out by research group Amárach earlier this month, indicated that those aged over 55 were more likely to be targeted by fraudsters.

Some 22 per cent said they had received a fraudulent text message claiming to be from Revenue.

The research revealed that an overwhelming 98 per cent of people do not respond to fraudulent communications such as text, calls or emails.

However, it cautioned that vigilance and awareness was still required as 2 per cent corresponds to a high number of people. Nearly two-thirds of people ignored the fraudulent text, call or email, 16 per cent reported it to their bank while 11 per cent consulted with a family member to see if it was fraudulent.

However, some 2 per cent replied to the communication as they thought it was genuine. “Overall, people have a good awareness of how to protect themselves against fraud, with 86 per cent of people being aware that their bank will never text them a link, while 77 per cent are aware that a fraudulent message can appear among genuine messages from their bank, using a method known as ‘smishing’,” the report said.

Seán Jevens, head of digital engagement at AIB, said: “More people are shopping or making payments online as a result of the Covid-19 restrictions, and fraudsters have seized on this opportunity to send consumers fraudulent messages. The data shows an increase in activity by fraudsters trying to steal people’s money, which has seen four in five adults receiving either a text, call or email which was not genuine in the past year.”