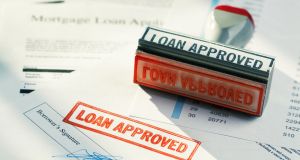 In the 12 month period to April there were 46,901 mortgage approvals valued at €10.4 billion. Photograph: iStock

Fewer people are investing in the buy-to-let property sector, according to lending figures, with an almost 30 per cent fall in mortgage approvals for this category of buyer.

Some 118 mortgages for buy-to-let properties were approved in April, down 29.8 per cent on the same month last year, according to figures from the Banking and Payments Federation Ireland (BPFI). It follows a 7 per cent drop in March.

The value of buy-to-let loans being approved stood at €17 million in April, down 32.4 per cent compared to the same month in 2018.

Landlords have reportedly been leaving the rental market despite rents reaching record highs. And it appears new investors aren’t scrambling to fill their places. In contrast, mortgage approval volumes are rising for most other category of buyer.

The fall in investors entering the sector was met by a rise in first time buyers getting mortgages approved. In April 2019, there were 18.9 per cent more mortgage approvals than in the same period in 2018, totalling 2,111 with a value of €492 million.

Approvals for those moving home was relatively flat on the year but grew by more than 4 per cent on the month to 1,078 approvals with a value of €272 million.

In total, the mortgage market picked up the pace in April compared to 2018 with a total value of €931 million, up 10.5 per cent on the year. Purchasers made up the bulk of the value at €781 million.

In the 12 month period to April there were 46,901 mortgage approvals valued at €10.4 billion. Annualised approval activity grew 0.77 per cent in volume terms compared with the 12 months ending in March.

BPFI collects data from the market’s main mortgage lenders. It represents the banking, payments and financial technology sector in Ireland and has 100 member institutions and associates.