Period for exclusive discussions due to run out this weekend 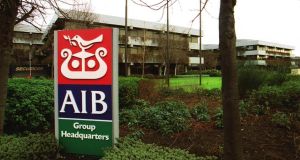 AIB had been selected recently as preferred bidder for Investec Ireland, but the talks have hit a stumbling block as the period for exclusive discussions is due to run out this weekend.

AIB’s exclusive talks to acquire Investec’s Irish unit have faltered, which may force the UK group to try to regain the interest of other parties that had been circling the stockbroking and wealth management business, according to sources.

AIB had been selected recently as preferred bidder for Investec Ireland, but the talks have hit a stumbling block as the period for exclusive discussions is due to run out this weekend.

One of the sources indicated that a key sticking point is the fact that bailed-out Irish banks are effectively banned from paying bonuses, as they are subject to a 90 per cent tax under the 2011 Finance Act. This would make retention of talent in Investec Ireland more difficult following a deal.

AIB plans to lay the foundation for an eventual return of executive incentives, as it puts a proposal before its forthcoming annual general meeting next month to establish a deferred share scheme, starting next year. However, there is no sign of the Government removing the bonus tax. AIB is 71 per cent owned by the State.

While AIB may be granted an extension on the exclusive period, sources said on Thursday that it now looked likely that Investec, founded in South Africa but headquartered in London, will seek to reopen talks with parties that had previously expressed an interest in the business.

Sources said that London-based Pollen Street Capital, formerly the private-equity arm of Royal Bank of Scotland, was among companies that had taken a look at Investec Ireland.

However, it is understood that the company, which acquired Irish software firm Vision Blue last month and non-bank lender Capitalflow in 2016, is no longer interested in pursuing the stockbroking firm.

Spokesmen for AIB and Investec and a spokeswoman for Pollen Street Capital both declined to comment.

Investec entered the Irish market in 2000 when it acquired treasury and corporate banking specialist Gandon Capital Markets. Twelve years later it bought NCB in a deal worth up to €32 million. It employs about 250 people.