Service deficit jumped from €6.1 billion to €29.4 billion due to increase in imports 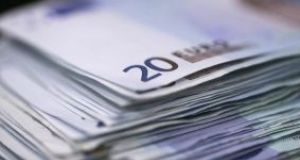 The largest export category was for computer services, which at €57.4 billion accounted for 47 per cent of total service exports recorded last year.

The value of service exports, which include insurance, legal advice and financial and computer services, rose by €6.3 billion last year, according to new figures from the Central Statistics Office (CSO).

However, the service deficit jumped from €6.1 billion to €29.4 billion due to a sharp increase in imports.

The largest export category was for computer services, which at €57.4 billion accounted for 47 per cent of total service exports recorded last year.

Service exports to the UK increased by €3.7 billion between 2014 and 2015 and also rose sharply in Germany and France.

Exports to Asia jumped by €4.5 billion, mainly in computer services, with exports to China up €2 billion.

Service imports from the US increased by €5.2 billion last year and by €4.3 billion from Asia.