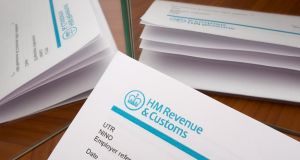 Multinationals are increasingly being targeted by HMRC, which has been strengthened in its ability to challenge companies by the introduction of the diverted profits tax in 2015. Photograph: iStock/Getty Images

The British government has launched a crackdown on multinationals suspected of wrongly reducing their UK tax bills by shifting profits to other countries, warning them of investigations and potentially large penalties.

HM Revenue & Customs (HMRC) has written to thousands of companies since September demanding they review their so-called transfer-pricing arrangements – under which businesses allocate profits between different countries in an effort to minimise their tax liabilities.

The move by the UK tax authority comes against the backdrop of the large fiscal hole created by the coronavirus crisis, with chancellor Rishi Sunak ultimately likely to require individuals and companies to pay more tax to repair the public finances.

The UK tax authority’s letter sent to multinationals, seen by the Financial Times, asked companies how confident they were that their transfer pricing was “appropriate”.

HMRC told companies to submit information about their transfer pricing to its disclosure tool, the profit diversion compliance facility, within 90 days or face investigation.

“In investigations we have carried out to date we are often finding that the UK profits do not reflect the value created in the UK,” said HMRC in the letter.

“We are also finding indications of careless or deliberate behaviour requiring penalties to be considered.

“It will be too late to make an unprompted disclosure once we open an investigation and penalties will be higher.”

Jon Claypole, partner at accounting firm BDO, said companies should not ignore the HMRC letter because failing to act would lead to a “difficult-to-manage and intrusive” probe by the tax authority.

The Chartered Institute of Taxation, a professional body, said tackling profit diversion by companies was a “priority” for HMRC and it expected this to continue for the foreseeable future.

It added that HMRC was “following up immediately with investigations” for the majority of businesses that did not register with its disclosure tool.

HMRC’s £34.8 billion figure is an estimate of so-called tax under consideration: a calculation of the maximum that companies may have to pay on a combined basis following investigations, although generally the amount actually collected is about 40 per cent of this total.

Thin capitalisation refers to a process where interest payments on borrowings from one part of a group of companies to another can be used to reduce profits in the UK.

Jason Collins, head of tax at law firm Pinsent Masons, said there had been a “dramatic” rise in HMRC’s estimate of tax potentially owed by companies.

“During the lockdown HMRC have been as helpful as they can with companies over tax bills and outstanding debts but that doesn’t extend to tax avoidance and tax evasion,” he said.

“As sure as night follows day, a slump in tax revenues is going to be followed by a more active agenda of tax investigations.”

Multinationals are increasingly being targeted by HMRC, which has been strengthened in its ability to challenge companies by the introduction of the diverted profits tax in 2015.

This is designed to stop profits being diverted away from the UK and is levied at 25 per cent – a higher rate than corporation tax, which is set at 19 per cent – to provide an incentive for good behaviour.

A spokesperson for HMRC said: “HMRC’s role is to collect the right amount of tax due under UK law and we carefully scrutinise businesses, including to make sure they aren’t artificially diverting profits away from the UK.

“We are writing to some specific businesses that we believe could be diverting money away from the UK and encouraging them to use our new facility.” – Copyright The Financial Times Limited 2020