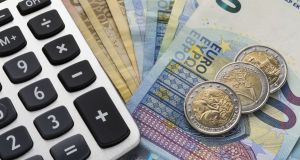 Small firms could create up to 25,000 jobs in 2018, but the Government must take steps to bolster growth, with a specific focus on tax competitiveness, a business lobby group warned.

The figure is an estimate from the Small Firms Association, which represents the interests of about 8,5000 companies in Ireland.

The head of the SFA, Sue O’Neill, said almost two-thirds of small firms felt the business environment was improving, and 71 per cent were planning to take on additional staff. The lobby group believes the potential for job creation is around 25,000 across a variety of sectors.

However, Ms O’Neill said the Government needed to create a “real pro-growth tax system”, including the full equalisation of the self-employed earned income tax credit with PAYE tax credits, a reduction in capital gains tax to 20 per cent from the current level of 33 per cent, and an increase in the limit for the entrepreneurial rate of CGT from €1 million to €15 million.

The SFA is also asking the Government to increase the entry point to the marginal income tax rate, and also to lower that tax rate to below the OECD average.

Irish companies have been hit with a number of challenges throughout 2017, including the shadow of Brexit and rising costs, according to business leaders.

“Domestic economic growth in 2018 is likely to be close to 4 per cent and our members see this as the biggest opportunity for their business in the coming year,” Ms O’Neil said.

“Creating a strategy for growth for small businesses with special focus on tax competitiveness and the cost of doing business especially in light of Brexit should be the top priority in the coming year. By creating a real pro-growth tax system and making sure that work always pays, employees, small businesses and society as a whole will be better off.”

1 Why are markets booming when a crash is on the way?
2 Could your old car be giving away all your secrets to its new owner?
3 Ryanair passenger traffic slumps 97% as shutdown restricts travel
4 Dunnes Stores trials online ordering from Cornelscourt outlet
5 Permission sought for €150m film and media campus in Wicklow
6 Vodafone to speed up 5G rollout using new technology
7 Covid-19: Publicans and restaurateurs row over calls for VAT cuts
8 AIB U-turn on mortgage block for those on Covid wage subsidy
9 Paschal Donohoe warns EU against going it alone on digital sales tax
10 Staff at Bewley’s cafe on Grafton Street are made redundant
Real news has value SUBSCRIBE