Q&A: What the motor tax changes could mean for you

How current motorists, new car buyers and those importing from the UK will be affected 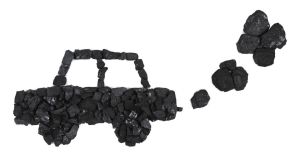 In 2009, when the financial crisis struck and car sales collapsed, the tax take fell to €375 million.

So what are the main points of the proposed new motor tax regime?

Basically it boils down to this:

– Higher annual motor tax. Two options are presented. The second would see the current rate stay the same for the two lowest motor tax bands (for cars up to 80g/km in CO2). After this, the price would rise by between €20 and €150 depending on a car’s emissions.

– New benefit-in-kind tax bands, reducing the number of bands and increasing the minimum mileage to qualify for the lowest rate.

For new car buyers or those importing a used car

– The recently introduced 1 per cent diesel surcharge would be replaced by a new levy set against a vehicle’s Nitrogen Oxide (NOx) emissions. This would be added to the price of a new car or to the tax due when importing a used car.

– The paper considers the removal of the current €1,500 tax relief on conventional hybrids and €2,500 relief on plug-in hybrids. It makes the case that if these were removed these vehicles should still benefit from the reduced lower VRT rates.

But those VRT and NOx measures don’t apply to used imports?

Wrong. The VRT rate applied to used imports is based on the car’s CO2 emissions, so changes to the bands for new cars applies to used cars as well. Similarly if you are importing a diesel car today, you pay the 1 per cent levy.

If that’s replaced by a surcharge based on NOx, it will apply here as well. Given that used imports will not be as efficient as new cars, the changes are likely to mean the tax bill on these used imports will go up.

That is in line with the environmental theme of the Tax Strategy Group’s rationale. The report expresses concern that the Republic is becoming a dumping ground for the UK’s dirtier diesels as buyers there move to cleaner hybrid or electric cars.

What’s this about lifting the tax relief on hybrids?

This will prove a contentious issue with the motor industry, so expect a lot of kickback on this, particularly from brands like Toyota.

The paper states: “The increasing numbers of hybrid electric vehicles availing of the relief has resulted in significant costs to the exchequer. Of the €27 million total cost of the above reliefs in 2018, almost €15 million was attributable to conventional hybrids.”

It argues that by lowering the lowest tax band from 14 per cent to 7 per cent for cars with emissions under 50 g/km, any regular hybrid worth its salt will still benefit due to their lower official emissions, even under the new test regime.

Notably the paper gives an example of what might happen if the grant was lifted on plug-in hybrids. The current grant here is €2,500, but the report argues even with the removal of the grant, there would be an €800 reduction in the tax paid on a €45,000 plug-in hybrid due to the new lower rate for cars below 51g/km.

While the report is not explicit on whether all the tax relief will be lifted on hybrids, it does suggest the clock is ticking.

On electric cars, what does the change mean?

The proposed changes to the tax relief would only really impact on cars valued at over €40,000. That means the premium brands will not get the benefit of the grant for their new fully-electric cars.

However, the report makes no mention of the €5,000 grant from the Sustainable Energy Authority of Ireland, which would seemingly still apply to these cars.

What is this NOx surcharge all about?

NOx is one of the harmful pollutants that have been linked to health and environmental damage. These were at the centre of the 2015 Volkswagen emissions scandal. Like CO2 figures, there are NOx figures published on every vehicles Certificate of Conformity (a car birth certificate).

The plan would be to replace the 1 per cent diesel levy introduced in last year’s budget and charged against all new diesel vehicles sold. Instead a surcharge would be applied to all cars depending on their official NOx figure.

This charge would be put on the price of the new car - or the tax charged when importing a used car. It could range from €5 per mg of NOx up to €10. The average new diesel car has an NOx of 43mg/km. That would mean a charge of either €215 or €430, depending on which rate the Minister for Finance cares to apply. For new petrol cars, which average 23 mg/km, the surcharge could be €115 or up to €230.

Any other changes we need to know about?

Yes. A new stricter emissions testing regime has been introduced internationally. Known as WLTP, it will result in new cars being rated with higher CO2 emissions than under the current NEDC system.

According to research by the European Commission, on average the CO2 values for passenger cars will increase by 21 per cent under the new test. So effectively the same car rolling off the production line one day will carry a rating 21 per cent higher than before.

That would invariably mean when it is sold in the Republic it falls into a higher tax bracket for both VRT and motor tax. Either the bands change to reflect this or some other system is applied.

The options are to raise the various CO2 tax bands for cars with WLTP ratings by 21 per cent, or apply a more complex linear method. Examples given are that a diesel car currently rated as 145g/km would be given a WLTP rating of 178g/km, while a petrol with 145g/km would have a rating of 169 g/km.

It’s a little complex and the paper suggests kicking this can down the road until July next year, before WLTP figures are applied to our tax regime.

That’s up to the Minister for Finance, Paschal Donohoe. The Tax Strategy Group is an interdepartmental committee chaired by the Department of Finance, with membership comprising senior officials and advisors from the Departments of Finance, Taoiseach, Enterprise Trade and Employment, Social Community and Family Affairs and the Revenue Commissioners.

Papers on various options for the budget and for the medium and longer term are prepared for the Government, in particular for the Minister for Finance prior to the October budget speech.

The Government’s climate action plan needs areas like transport to put environmental issues at the centre of their calculations, while at the same time maintaining valuable exchequer revenue streams.

The report gives some telling estimates on the state of the car market this year. On motor tax it reckons the tax receipts will be €740 million, down €32 million on last year. That’s also down from €905 million in 2014. Largely this is due to the Irish passenger car fleet becoming cleaner in terms of CO2.

In terms of VRT raised from the sale of new cars and charges on used imports, the total tax take is estimated to be €942 million this year, based on new car sales of 113,550 and a record number of used imports, at 103,976.

That tax take compares favourably with last year, which was €885 million. In fact the VRT yield has risen steadily during the economic recovery. But you can see how cyclical the motor trade is to the economy when you look back over the figures. In 2008 VRT raised €1.12 billion.

In 2009, when the financial crisis struck and car sales collapsed, the tax take fell to €375 million.