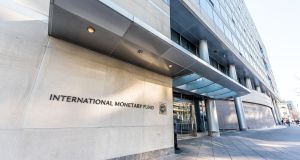 The Government should reduce its stake in the banking sector, boost efforts to expand housing supply, and work to increase female participation in the labour force through affordable childcare, the International Monetary Fund (IMF) has said.

As part of its annual consultations with member countries, the IMF made a suite of recommendations to the Government, while also suggesting the economic outlook remains “broadly positive”.

The housing sector remains a key focus for the Washington DC-based fund in light of the average increase of 13 per cent in house prices for March 2018. Pressures in the sector are “likely to persist over the medium term” as demand continues to outpace supply, the IMF said.

Ways of tackling the continuing affordability issue include boosting efforts to expand supply, the fund said. The IMF directors “considered that taxation could be used more actively to reduce land and property hoarding, and that measures to improve housing affordability should be well targeted”.

The IMF is positive on using macroprudential policy to keep bank and household balance sheets in check, but suggested the Central Bank of Ireland’s rules on mortgage approval could move to a debt-to-income limit from the existing loan-to-income limit. This could occur when the Central Credit Registry becomes operational this year.

The wider economic picture painted by the IMF in its report points to significant risks against which the Republic should build buffers. Global protectionism, adverse Brexit effects, lingering crisis legacies, and ongoing changes in the international tax landscape “pose challenges” to the economy.

One way buffers could be rebuilt was through broadening the tax base, saving temporary revenue windfalls such as volatile corporate taxes, and maintaining moderate spending growth, while at the same time addressing social and infrastructure needs, it said.

The directors welcomed the Government’s plans to establish a “rainy-day fund” to make the public finances more resilient.

But with lingering Brexit challenges, the Government needed to accelerate its balance sheet repair. As market conditions allow, downsizing the State’s various stakes in the banking system should be prioritised, according to the IMF.

As a result of the financial crisis, the State owns almost 75 per cent of Permanent TSB, about 71 per cent of AIB, and just under 14 per cent of Bank of Ireland.

Sustainable economic growth in the economy could be achieved through greater female participation in the labour force, the fund added, noting that the State has been lagging the EU average on this front. “Closing the employment gap would result in uplifting potential GNI [gross national income] by about 10 percentage points.”

The productivity gap – whereby multinationals far outperform local firms – and Ireland’s infrastructure gap as a result of the deficit in post-crisis spending were also areas that need to be addressed to promote sustainable growth.

Despite the concerns, growth in the country is projected at about 5 per cent in 2018, “mainly driven by domestic demand”, and is expected to gradually stabilise around 3 per cent in the medium term.

“Executive directors welcomed Ireland’s continued strong economic growth, leading to a rapid reduction in unemployment and strengthened public and private balance sheets,” the board said in its assessment.

Minister for Finance Paschal Donohoe welcomed the report, saying it “concurs” with the Government’s assessment of the economy.

“Crisis legacy issues will continue to be addressed, we will guard against the mistakes of the past, and focus on policy choices that best prepare us for the risks to the economy that may present, while delivering enhanced resilience and fostering sustainable growth for all of our people,” he said.