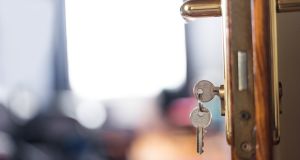 A housing shortage is a sufficient reason to require landlords to obtain authorisation to repeatedly let their residential accommodation for short periods, the Court of Justice of the European Union has confirmed in a published opinion.

A French court sought clarification as to whether national legislation making the letting of accommodation for short-term stays subject to an authorisation fell within the scope of the European services directive.

On Thursday an opinion was issued by advocate general Michal Bobek which, although not binding on the European court, found that the national legislation being used in France’s case is allowed by the services directive, which aims to remove legal and administrative barriers for companies to trade across the European single market.

The case arose after a Parisian investigation into whether owners of studio apartments – Cali Apartments and HX – were letting their properties as short-term lets on Airbnb without authorisation.

As a result of the investigation, Cali Apartments and HX were sentenced to pay a fine and change the use of the properties back to residential. A French appeals court then sought clarification as to whether the legislation that requires the authorisation is permitted under the services directive.

While Mr Bobek concluded that the services directive does apply to the legislation in question, “the objective of tackling a shortage of long-term housing can, however, constitute an over-riding reason relating to the public interest capable of justifying a national measure which requires authorisation to be obtained”.

The provisions must comply with conditions of proportionality and non-discrimination, as set down in the directive, he said.

Mr Bobek also noted that neither the freedom to conduct business, nor the right to property, are absolute and that both can be limited. “In other words, if the control of use is not so severe a limitation that it de facto amounts to expropriation or depreciation of the property by stealth, limitations of those rights are allowed.”

“Combating a housing shortage and seeking to ensure the availability of sufficient and affordable (long-term) housing (in particular in touristic hot spots), as well as the protection of the urban environment, are valid justifications for the establishment of authorisation schemes broadly based on social policy,” according to the advocate general.

This case will now return to the French court for judgment.