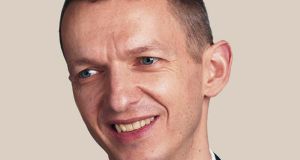 Andy Haldane: ‘There has been more resilience among consumers and in the housing market than we had expected.’ Photograph: Bank of England/PA Wire

The Bank of England’s chief economist has warned of the dangers of placing too much faith in economic forecasts while reiterating that the central bank believes the vote for Brexit will hit the economy in 2017.

Speaking at an event at the Institute for Government on Thursday, Andy Haldane admitted economic forecasting was “in crisis” and failed to warn adequately about the financial crisis. It was a “Michael Fish moment” he said, a reference to the weather forecaster’s famous dismissal of the possibility of a hurricane hitting the south of England in 1987, before it did.

But he insisted the bank’s gloomy outlook on the effect of a leave vote was still justified and the forecasting problem in this case was a “timing effect”.

Before the EU referendum, Mark Carney, the governor of the bank, had warned of the possibility of a “technical recession” after a vote to leave. In August, the bank said it expected the economy to stagnate in the second half of 2016. The latest data show healthy growth of 0.6 per cent in the third quarter and surveys indicate little or no slowdown in the fourth quarter either.

The Bank of England still sees the economy weakening substantially in 2017. In line with most independent forecasters, its central projection shows growth slowing from 2.2 per cent in 2016 to 1.4 per cent this year.

“This is more a question of timing than of a fundamental reassessment of the fortunes of the economy,” he said.

“There has been more resilience among consumers and in the housing market than we had expected. Has that led us to fundamentally change our view on the fortunes of the economy looking forward over the next several years? Not really,” Mr Haldane said.

His comments on forecasting, however, are sensitive because the Bank of England has come under heavy fire for its warnings over a possible recession in the aftermath of the referendum.

He said of economics: “It’s a fair cop to say the profession is to some degree in crisis.” His intention was to highlight the problems inherent in placing too much reliance on large models of the economy which assume people always behave rationally.

Mr Haldane said he hoped the lessons learned after the financial crisis would help economics move away from “narrow and fragile” models to a broader analysis which encompasses insights from other disciplines.