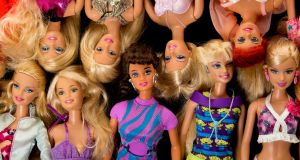 European shares dipped on Tuesday as a disappointing update from HSBC hit the heavyweight banking sector and a rally fuelled by optimism about a possible China-US trade deal ran out of steam. The Euronext Dublin index finished the session broadly flat.

Troubled travel software group Datalex finished the day down another 1.1 per cent to 70 cent, after news emerged that its chief financial officer, Donal Rooney, is quitting after less than three months. Mr Rooney found himself having to preside over a massive profit warning within weeks of joining, due to accounting problems that predated his involvement.

Kerry Group fell more than 2.5 per cent to €89.20 per share, after it confirmed it was stockpiling raw ingredients ahead of Brexit. At its annual results, it also said some customers were building up two to three months worth of stocks.

Bank of Ireland bucked negative trends in the European banking sector, rising 2.5 per cent to €5.48.

HSBC dropped 4 per cent after the bank reported a disappointing annual profit as higher costs and a stocks rout chipped away at its trading businesses. Bank of America Merrill Lynch downgraded its rating to “neutral” following the release of its results, saying there is “limited upside” for the share price.

Standard Chartered was down 2.1 per cent, with the bank warning weaker economic outlooks for China and Britain would pose more challenges this year.

Reckitt Benckiser fell 2.3 per cent while other major dollar earners including AstraZeneca and Unilever also gave up a per cent each.

High street baker Greggs jumped 11.2 per cent to an all-time high on the mid-cap index as sales rose in the first seven weeks of 2019 and it forecast higher full-year underlying pretax profit.

After touching its highest level since October 10th on Monday, the STOXX 600 index pulled back, falling 0.2 per cent, while Germany’s DAX inched 0.1 per cent higher and France’s CAC was down 0.2 per cent.

Italian banks fell around 1 per cent as weak industrial data drove government bond yields higher. Autos managed to end slightly up, even though caution prevailed on uncertainty over whether US president Donald Trump would ultimately impose tariffs on car imports.

Results drove the biggest moves on the stock level. Danish hearing-aid maker William Demant skidded 9.2 per cent after a disappointing guidance on full-year core profits. HeidelbergCement jumped 3.6 per cent as it forecast a rise in demand and margins this year following a tough 2018 and announced plans for its long-standing chief executive to step down next year.

Wirecard was up 4.6 per cent in the second day of a rally after Germany’s financial watchdog banned short selling of the stock due to volatility, following reports in the Financial Times which are now the subject of an investigation by German authorities.

The tariff-vulnerable industrials sector dipped 0.35 per cent, with bellwether Boeing down 0.6 per cent. The consumer staples sector rose 0.53 per cent, the most among the 11 major S&P sectors, helped by a 3.8 per cent rise in shares of Walmart. The big-box retailer reported an estimate-beating jump in holiday quarter comparable sales, helped by higher consumer spending and more ecommerce purchases.

Shares of fellow retailers were also higher, with Costco Wholesale gaining 1.2 per cent and Target 1.6 per cent.

Mattel shares dropped 3.3 per cent, after the company issued a disappointing 2019 sales forecast and said demand for its iconic Barbie doll was slowing.