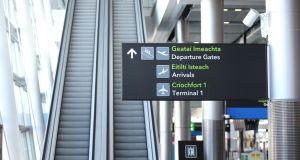 According to the figures, 44.4 per cent do not intend cutting air travel once the crisis is over, 34.4 per cent will fly marginally less, 18.8 per cent will significantly cut flying, while the remainder will actually increase it

Most business owners and managers are unlikely to radically cut air travel following the Covid-19 crisis while many believe restrictions will ease over the summer, a new survey shows.

Analysts believe businesses will cut air travel once the pandemic passes as the crisis has forced more organisations to rely on video conferencing and other technology to substitute for meetings.

However, a survey of around 1,000 business owners and managers by small and medium-sized enterprise private equity investors, Renatus Capital Partners, shows that almost 80 per cent will either not reduce air travel or cut it marginally.

According to the figures, 44.4 per cent do not intend cutting air travel once the crisis is over, 34.4 per cent will fly marginally less, 18.8 per cent will significantly cut flying, while the remainder will actually increase it.

Two thirds of those who answered the survey, run by Renatus from the weekend to Tuesday, see restrictions easing to allow workers return partly or fully to offices through June or July.

A further 23.2 per cent see that happening next month, while 13 per cent believe this will take until August, September or later.

Opinions are more divided on when mass gatherings, pubs, concerts and race meetings, will return, with just less than a quarter saying July/August, 42.9 per cent opting for September/October and 31.4 per cent believing it will be later in the year. Just 1.3 per cent believe that this will happen in May.

More than three out of four owners and managers will work more from home when coronavirus recedes, 22.9 per cent say significantly more, 52.9 per cent say marginally more, while more than 13 per cent are already working largely from home.

Not surprisingly, more than four out of five of those surveyed believe they will use video conferencing more, while a little less than 12 per cent say their use of this technology will not change. All other respondents will cut their use of it.

7 ‘I get a thrill when my online shopping arrives’