Managed by Lightstone Ventures, it’s the sixth investment from the Innovation Fund Ireland 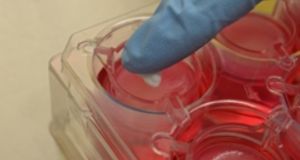 The National Pensions Reserve Fund (NPRF) has teamed up with US venture capital firm, Lightstone Ventures, to invest in early-stage medical device and pharmaceutical companies.

It’s the sixth investment from the NPRF as part of Innovation Fund Ireland, a Government initiative, led by Enterprise Ireland and the NPRF, to attract leading international venture capital fund managers to Ireland and to increase the availability of capital to Irish early-stage and high-growth companies.

In return for a $13 million (€ 10 million) commitment to a life sciences fund, Lightstone Ventures will establish an Irish office led by Lightstone partner Jason Lettmann, who will relocate to Dublin this summer.

The fund, Lightstone Ventures I, will be a $172 million fund focused on making early stage venture capital investments in medical device and pharmaceutical companies. The NPRF’s commitment is alongside a $26 million investment commitment by Enterprise Ireland. The Wall Street Journal reported earlier this month that the fund had originally sought to raise up to $250 million, but that investors were happy that in the end they were able to raise $172 million for early-stage deals.

The fund is already operational and has completed one Irish investment to date. In January of this year, it invested alongside global healthcare leader Covidien, venture capital firm New Enterprise Associates and leading medical device incubator The Foundry, in a new company called FIRE1 to be based in Dublin. FIRE1 will focus on developing novel therapeutic devices.

Lightstone Ventures (LSV) was founded in 2012 by the Life Science Partners of Advanced Technology Ventures (ATV) and Morgenthaler Ventures to focus on novel breakthrough medical devices and biopharmaceuticals. The Lightstone team actively manages the Morgenthaler and ATV life science portfolios of more than 40 life science companies, and has been involved in several of the largest, venture-backed healthcare exits over the last decade including: Ardian, Avidia, FoldRx, Hypnion, MicroVention, Morphotek, Orexigen, Perclose, Plexxikon, Proteolix, Threshold and Zeltiq.