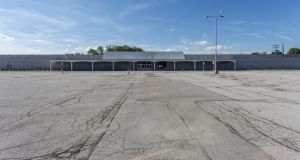 Some of America’s biggest mall owners are facing a financial reckoning as retailers from Urban Outfitters to Calvin Klein stop paying rent in the coronavirus shutdown.

Capital markets are signalling that some retail landlords are heading for debt restructurings as their properties remain closed for weeks while they grapple with multibillion-dollar liabilities.

Corporate bonds in both CBL & Associates and Washington Prime, which alone have interests in a combined 125 million square feet of retail and mall space, are trading at distressed levels, having sold off heavily in recent weeks. A smaller mall owner, Pennsylvania Reit, said it was applying for relief funds under Washington’s coronavirus support package.

John Murray, head of commercial real estate for the Americas at asset manager Pimco, warned the crisis was likely to “permanently erase” large numbers of tenants and the level of distress was such that some bondholders in real-estate investment trusts would take significant losses.

“Reits may be successful in deferring [or] restructuring some of their mortgaged assets, but we don’t expect it will be enough to preserve the unsecured debt in most cases,” he said.

The warning signs come as more retail tenants join Mattress Firm and Cheesecake Factory in withholding rents as part of wider efforts to shore up financial positions during the lockdown.

Executives at Levi Strauss, the jeans company which has more than 900 company-operated stores, told Wall Street analysts they were holding talks with landlords to “abate” payments. Equinox, the gym chain, sent a letter to its landlords saying it would not be paying its monthly rent.

Urban Outfitters, which operates more than 600 stores globally, and PVH, parent company of Tommy Hilfiger and Calvin Klein, have also said they would suspend rent payments.

The refusal by tenants to pay rent during the pandemic is threatening to tip retail landlords with lower-quality properties, which were already struggling with rising vacancies and the rise of online shopping, over the edge.

Several mall Reits were close to financial distress, said Vince Tibone, retail sector head at real-estate researchers Green Street Advisors. “I expect them to look at a combination of trying to sell assets and issuing equity, but it’s going to be very hard,” he said.

“Many of the mall-based real-estate investment trusts are fairly challenged in the current environment and are likely to be considering debt restructurings,” said Mohsin Meghji, chief executive of M-III Partners, a restructuring firm that handled the bankruptcies of retailers Sears and Barneys.

The struggling department store chain JCPenney is a major tenant of CBL, which has interests in about 60 shopping malls, mostly in the US southeast and midwest. The Tennessee-based trust’s mortgages and other debt totalled $3.5 billion (€3.2 billion) at the end of last year, compared with a market capitalisation that has collapsed to $45 million as of this week.

Washington Prime, based in Ohio, has interests in about 100 shopping centres. Big tenants include Signet Jewellers, Victoria’s Secret owner L Brands and Dick’s Sporting Goods, as well as JCPenney.

The company’s market capitalisation of $178 million compares with a debt burden as of the end of last year of $3.1 billion. Washington Prime bonds due in 2024 have fallen to 62 cents on the dollar from 83 cents at the end of February.

Washington Prime and CBL did not respond to requests for comment. In a statement last month, Lou Conforti, Washington Prime’s chief executive, said the coming weeks would be “a son of a gun” but that the company was “well positioned to encounter the challenges” from the pandemic. He said the company had signed 16 new leases and 44 renewals in March.

CBL said last month that it was preserving liquidity by drawing on a line of credit and suspending dividends. The company noted it had no unsecured debt maturities until 2023.

Pennsylvania Reit disclosed its application for stimulus funds on Wednesday. Joseph Coradino, chief executive, said in a statement: “Malls are a vital part of local economies, employing thousands and providing meaningful tax contributions to their municipalities. PReit continues to make strides in positioning the company and our partners for future success.” – Copyright The Financial Times Limited 2020